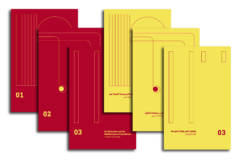 March Meeting Papers is a series of essays selected from Sharjah Art Foundation’s March Meeting 2021 Open Call, which invited artists, writers and thinkers to expand on curator Okwui Enwezor’s influential thinking about the biennial as a platform to engage with history, politics and society. Taken together, the series reveals the extent to which the biennial, such as the Sharjah Biennial now celebrating its 30th anniversary, has contributed to the realisation of new narratives and experiences of modern and contemporary art.

Sharjah Art Foundation’s March Meeting is an annual convening of artists, curators and art practitioners from around the world who come together to discuss vital issues in contemporary art during a programme of panels, performances and events. The 2021 edition examines the thirty-year history of the Sharjah Biennial by bringing together former Biennial curators, participants and interlocutors as well as art historians and critics to discuss its role as a catalyst for critical dialogue and transnational exchange.

All pamphlets include both English and Arabic versions of the text. 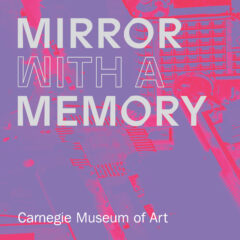 Mirror with a Memory

Debuting on February 1, 2021, the Mirror with a Memory podcast focuses on different facets of the conversation around artificial intelligence and photography—from biometrics and racial bias to the ways that we perceive the environment and international borders. Hosted by renowned American artist Martine Syms, the six-episode series features leading artists and thinkers in dialogue accompanied by excerpts from important artworks, unpacking the ways in which the collision of photography, surveillance, and artificial intelligence impacts everyone. 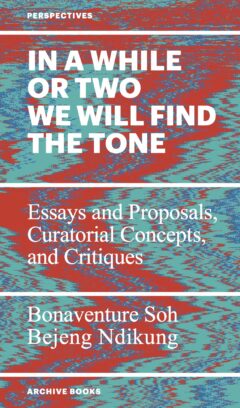 In a While or Two We Will Find the Tone

Format
Subject
Keywords
Contributors Bonaventure Soh Bejeng Ndikung, Sunette Viljoen, Federica Bueti, et alChiara Figone, Ines Juster, Archive Appendix
This collection of writings from Bonaventure Soh Bejeng Ndikung presents, for the first time in one volume, essays and proposals edited anew. Ndikung’s expanded curatorial practice delineates the space of exhibition making as a space of critical thinking and of experimentation. By proximity, these texts echo each other, resonate with each other, interfere with each other, and present perspectives on the political, poetic, and philosophical potentials of exhibition making, beyond the tight corset of the discipline itself. 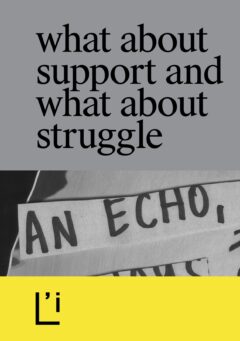 Formats
Subjects
Keywords
Contributors Jennifer Hayashida, Corina Oprea, Francis Lo, et alJennifer Hayashida, Corina Oprea, Lukaza Branfman-Verissimo, Napo Masheane, Merve Ünsal, Léuli Eshrāghi, tacoderaya, Fernanda Laguna, [1 More...]
What About Support and What About Struggle is edited by L’Internationale Online and Jennifer Hayashida, as a collection of poetic responses on the most essential topic of today: how to survive un/natural catastrophes? Starting from a collective reading of Francis Marie Lo’s volume of poetry A Series of Un/Natural/Disasters (Commune Editions, 2016), poets and artists Napo Masheane, Léuli Eshraghi, Merve Unsal, tacoderaya, Lukaza Branfman-Verissimo and Fernanda Laguna have resituated its critique of catastrophe discourse in other urgent pasts and presents through variety of poetic, visual, discursive and audio formats. What are the poetics we are left with when the un/natural ... 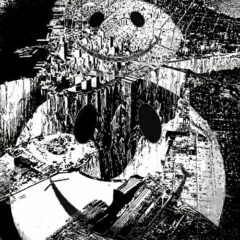 Format
Subjects
Keywords
Contributors Lil Internet, Caroline Busta, Daniel Keller, et alKeller Easterling
Architect and writer KELLER EASTERLING joins New Models to speak about her recent book “Medium Design: Knowing How to Work on the World” (Verso, 2021), which invites us to expand our thinking about infrastructure from one of discrete things to the messy, polyvalent relations and conditions they share. Along the way we touch on the potentials of Web3 and ramifications of small changes at scale. / This conversation is presented as part of Stolbun Institute’s inaugural season, “Shadowlands.” 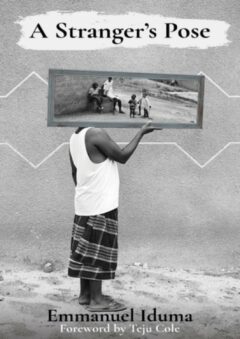 Format
Subjects
Keywords
Contributors Emmanuel Iduma, Teju Cole, Dawit L. Petros, et alBibi Bakare-Yusuf, Layla Mohamed, Maia Faddoul, Allan Milton Castillo Rivas
A unique blend of travelogue, photographs and poetry, A Stranger’s Pose draws the reader into a world of encounters haunted by the absence of home, estrangement from a lover and family tragedies. The author’s recollections and reflections of fragments of his journeys to African cities, from Dakar to Douala, Bamako to Benin, and Khartoum to Casablanca, offer a compelling and very personal meditation on the meaning of home and the generosity of strangers to a lone traveler. Inspired by the author’s own travels with photographers between 2011 and 2015, the Iduma’s own accounts are expanded to include other narratives about ... 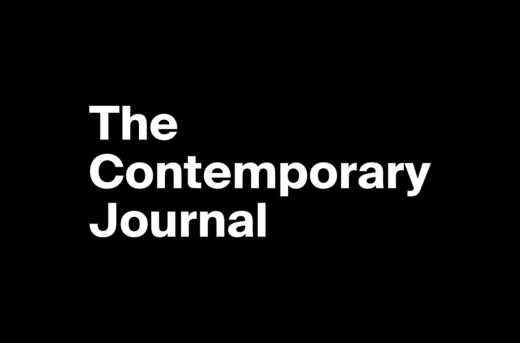 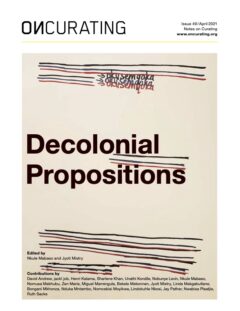 Format
Subject
Keywords
Contributors Nkule Mabaso, Jyoti Mistry, David Andrew, et alJackï Job, Henri Kalama, Sharlene Khan, Unathi Kondile, Nobunye Levin, Nkule Mabaso, Nomusa Makhubu, Zen Marie, [12 More...]
The two events (ArtSearch, March 2017 and Third Space Symposium, August 2017) from which these contributions are drawn took place at an exceptionally volatile moment in South African higher education. The Fees Must Fall movement which started in October 2015 while, on the one hand challenging tuition and tuition increases, highlighted on the other hand, the structural inaccessibility to higher education. Moreover, it brought into stark relief the legacies of racial privilege sedimented in institutional structures that had not been responsive to the growing urgency for transformation in art institutions and universities: its hiring practices, student recruitment, the curriculum, the ...

Format
Subjects
Keywords
Contributors Woody Sullender, Eric Laska
Like many musicians, I have been particularly interested in the music recording medium and its relationship to live performance. In its history, the format shifted from a document of an actual event (ie. a ‘record’) into an idealized construction. Through the usage of various reverbs and spatialization, producers construct an artificial sound stage. Like the films of Georges Méliès, the medium places the listener in an idealized position, front and center before the theatrical stage, without the interference of other audience members, environmental sounds, or any hint of the quotidian function of music. Even in the ‘live recording’ (now a necessary ... 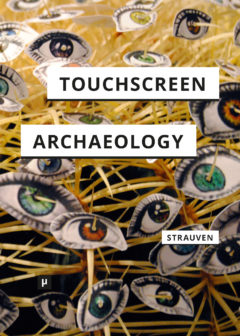 Format
Subjects
Keywords
Contributors Wanda Strauven, Torsten Köchlin, Silke Krieg, et alKyle Stine
The touchscreen belongs to a century-long history of hands-on media practices and touchable art objects. This media-archaeological excavation examines the nature of our sensual involvement with media and invites the reader to think about the touchscreen beyond its technological implications. In six chapters, the book questions and historicizes both aspects of the touchscreen, considering “touch” as a media practice and “screen” as a touchable object. 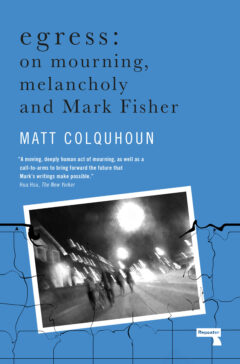 Format
Subjects
Keywords
Contributors Matt Colquhoun, Mark Fisher, Johnny Bull
Egress is the first book to consider the legacy and work of the writer, cultural critic and cult academic Mark Fisher. Narrated in orbit of his death as experienced by a community of friends and students in 2017, it analyses Fisher’s philosophical trajectory, from his days as a PhD student at the University of Warwick to the development of his unfinished book on Acid Communism. Taking the word “egress” as its starting point — a word used by Fisher in his book The Weird and the Eerie to describe an escape from present circumstances as experiences by the characters in countless ... 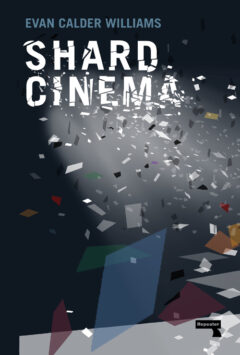 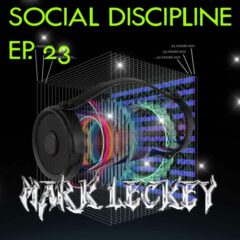 Art is the Magic of the Left

Format
Subject
Keywords
Contributors Mattin, Miguel Prado, Mark Leckey
We had the great pleasure of being joined by techno-animist and Turner Prize-winning artist Mark Leckey. We discuss UK Bikelife; commodity fetishism and how trainers and fashion are tokens of class with magic-like attributes; the repertory of spells the left still has against KeK’s Meme Magic; TechGnosis and conspiritualism in the age of Elon Musk. AND Lana Del Rey’s White Dress! You won’t want to miss this! 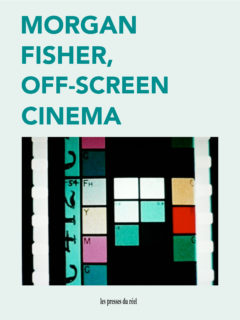 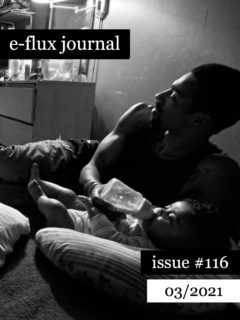 Format
Subjects
Keywords
Contributors Julieta Aranda, Brian Kuan Wood, Anton Vidokle, et alFred Moten, Stefano Harney, Stevphen Shukaitis, Tongo Eisen-Martin, Erica Hunt, Nora Treatbaby, Franco “Bifo” Berardi, Sasha Litvintseva, [6 More...]
We have never completely understood poetry. As a contemporary art publication, there’s no shortage of affection, admiration, or affinity for poetry, and e-flux journal has certainly published a few memorable poems over the years. But it always felt like a stroke of luck or a gift from the ether when someone brilliant would send us a poem. You won’t be surprised that this didn’t happen often. But now is the time to change that, and we’re honored to welcome Simone White as e-flux journal’s first ever poetry editor. Simone is the author of the collections or, on being the other ... 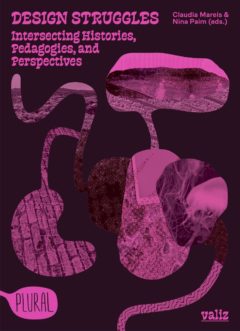 Formats
Subjects
Keywords
Contributors Claudia Mareis, Nina Paim, Danah Abdulla, et alTanveer Ahmed, Zoy Anastassakis, Ahmed Ansari, Brave New Alps, Johannes Bruder, Cheryl Buckley, Sria Chatterjee, Alison J. Clarke, [20 More...]
Design Struggles critically assesses the ways in which the design field is involved in creating, perpetuating, promoting and reinforcing injustice and inequality in social, political, economic, cultural and ecological systems. This book shows how this entanglement arose from Eurocentric and neoliberal thinking. The voices and practices represented here propose to question and disrupt the discipline of design from within, by problematizing the very notions of design. They aim to do so by generating new, anti-racist, post-capitalist, queer-feminist, environmentally conscious and community-based ideas on how to transform design. In this way, Design Struggles strives to forge sustainable, new practices within the ...

Offshoring and Other Magic Tricks of Global Finance: An Interview with RYBN

Format
Subject
Keywords
Contributors Nika Mahnič, RYBN, Marcela Okretič, et alSunčan Stone, Luka Umek, Sonja Grdina
At the 8th edition of the MoneyLab conference, hosted by Aksioma – Institute for Contemporary Art, Nika Mahnič interviewed RYBN about their work as a part of the Tax havens: Normalized Grand Theft panel. RYBN is an artist collective formed in 1999 that has, over the past years, researched the economy and the global financial system in their contemporary manifestations, thus offering a privileged vantage point from which one can view the transformations brought about by cybernetics. In this interview, they delve into their background, their achievements in databasing, the golden passport phenomenon and why offshoring was and remains a ...
Next