A note is a trace, a word, a drawing that all of a sudden becomes part of thinking, and is transformed into an idea. This publication project follows that path, presenting the mind in a prologue state, in a pre-public arena. As a prelude to, and central element of dOCUMENTA (13), the publishing project 100 Notes, 100 Thoughts took the form of one hundred “notebooks,” comprising facsimiles of existing documents, commissioned essays, collaborations, and conversations. With contributions by authors from a range of disciplines, such as art, science, philosophy and psychology, anthropology, economic and political theory, language and literature studies, as well as poetry, these publications can be seen to have activated an arena of intuitive knowledge mirrored in the wider scope of dOCUMENTA (13) itself. Published over a period of two years (2010–12) 100 Notes, 100 Thoughts was conceived and edited by Carolyn Christov-Bakargiev, Chus Martinez, and Bettina Funcke. 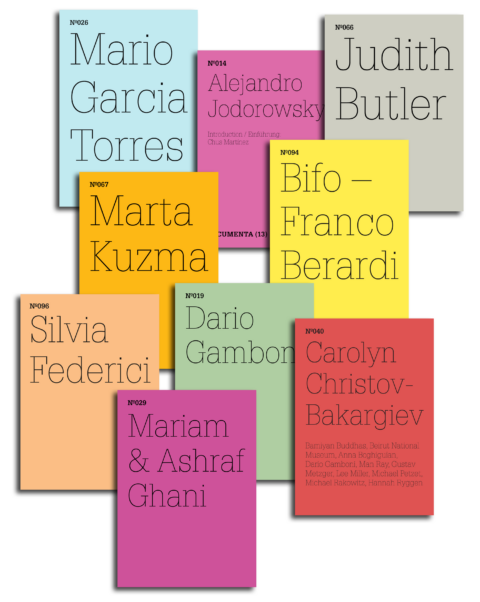