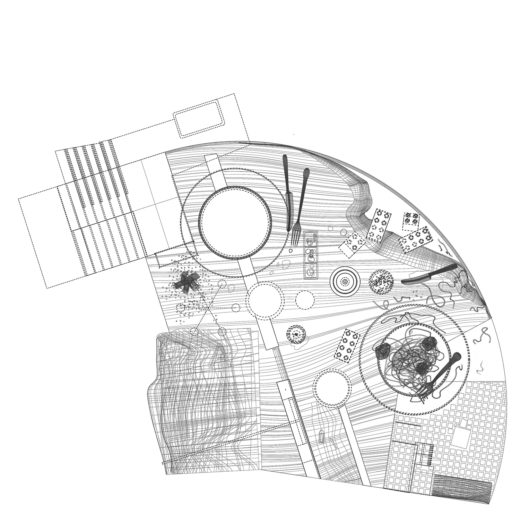 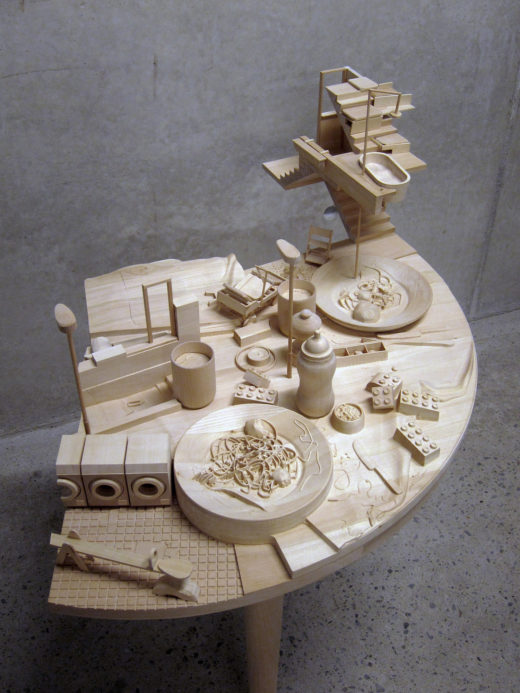 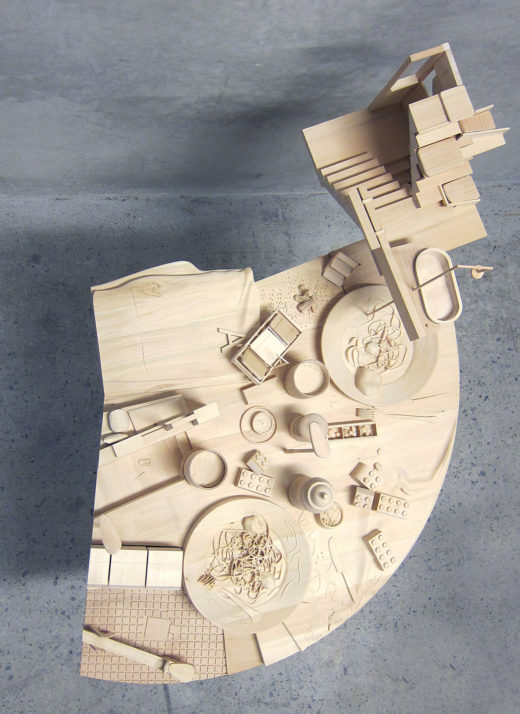 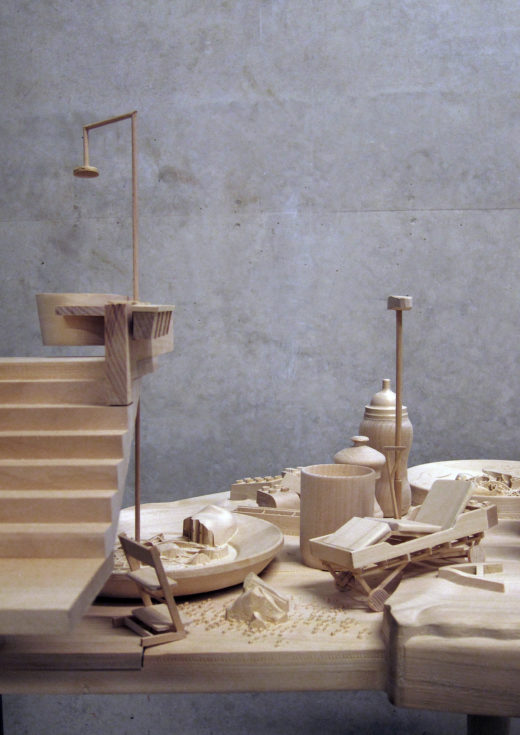 A New Theory of Love Enough: The Architecture of Degrowth

A New Theory of Love

— A table left in the middle of a dinner. The tablecloth wrinkled with scattered toy blocks. Fragments of a facade can be seen — interrupted, cut open and penetrated. Lampposts dot the surface — reminders of a street now emptied of cars. At the edge, a stairway is inhabited anew: a bathtub hangs from a landing, sofas are built onto a flight of steps, a television flickers. Underneath, a re- furbished entrance frays the threshold to an apartment. — Who has inhabited this common infrastructure ? What has happened to the stairway as we know it ? In another place, play ships are flowing in a flooded basement — the street is different now. Next to a newspaper a fireplace is en- circled by a hospital bed and a children’s chair — on a sunken, tiled floor a seasaw is installed in what may have been a launderette. How do these things come to be there together ?

A de-growth economy provokes alternatives for how we may care for each other in the future. Departing the efficient mechanisation of care that characterises the contemporary welfare states — most evidently in Scandinavia — the de-growth paradigm challenges societies to once again propagate the kind of social environments where care for the other person is an integral part of daily life — woven into the social ties that constitute local communities.

Presently, the welfare state, its organisation and architecture, functions as a machine for care. Care is channeled and transmitted from one person to the other via an abstract system of taxes and manifested as a distilled, rational and hyper-material interpretation of the good life. The centralised welfare institutions in charge of redistributing care are comfortable and safe, but segregated, isolated and homogenised — ignoring the beauties in life that can only be experienced through diverse social contact.

A de-growth society holds opportunities for a different institutional landscape where the borders between caring and cared for may blur, soften or dissolve. No longer only providing a minimum service standard, the institution can now work to nurture and propagate the grounds for caring ex- changes between people. In its spaces — no longer dictated by the rationale of maximum efficiency, new typologies, hybrids and opportunities for contact can be found.

The landscape of care presented in this installation seems to ignore the present order of the city: it can hardly be determined exactly what belongs to street or house, private or public, inside or out- side — even if it is a table or a city. Pepper grinder, feeding bottle, salt cellar, pill box, toys, cutlery and glasses are brought into the same landscape — material traces of different people who are spatially enmeshed in one another — tangled up in the doings of the uneventful, habitual, ordinary everyday life.

— A child has spilled spaghetti. It worms it’s way amid the many objects on the table. One spaghetti looks like a skipping row. Is this play or nutrition ?

The city as we now it, segregated by age, health and activity has been rewoven. People previously kept apart are reintroduced — isolated people reengaged — the sick acknowledged for more than sickness, the old for more than age. What helps the sick walk and the child learn is a culture of care — more than a set of fixed prescriptions. Clear definitions such as “workplace”, “stairway”, “apartment” and even “street” – have lost their meaning. The street has ceased to be street only, the stairs have ceased to afford movement only. In this landscape, life is understood in its totality — each human as a continuous and total being — Care is what happens and what is assisted between people and affirmed daily by actions of eating, relaxing, observing, cleaning, playing, moving, talking. On the basis of such everyday social events a new landscape of care may reveal itself and a new theory of love take its beginning. 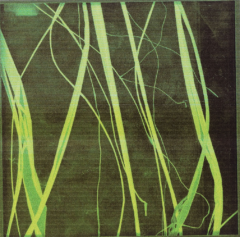 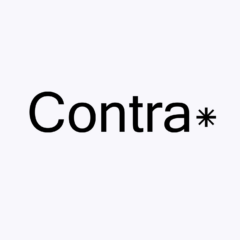 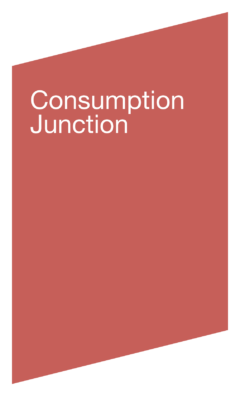