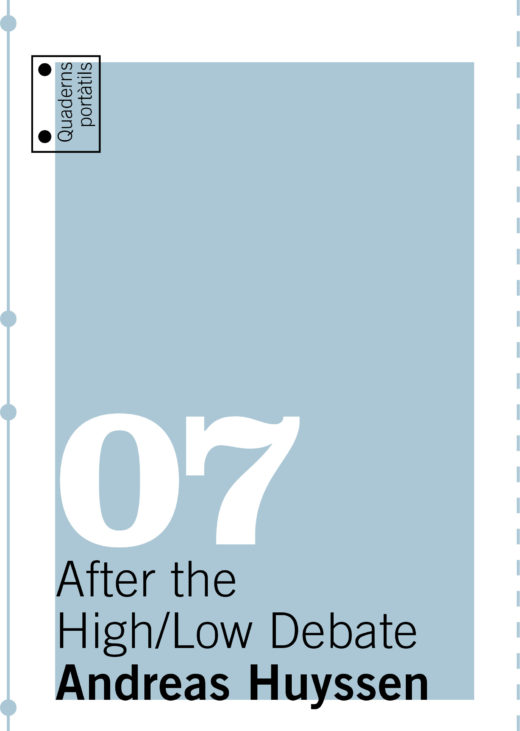 After the High/Low Debate Quaderns portàtils

After the High/Low Debate

Andreas Huyssen is the Villard Professor of German and Comparative Literature at Columbia University, where he served as founding director of the Center for Comparative Literature and Society (1998-2003). He chaired the Department of Germanic Languages from 1986-92 and again as of 2005. He is one of the founding editors of New German Critique, the leading journal of German Studies in the United States (1974-) and he serves on the editorial boards of October, Constellations, Germanic Review, Transit, Key Words (UK), and Critical Space (Tokyo). In 2005, he won Columbia’s coveted Mark van Doren teaching award. His research and teaching focus on 18th-20th-century German literature and culture, international modernism, Frankfurt School critical theory, postmodernism, cultural memory of historical trauma in transnational contexts, and, most recently, urban culture and globalization.

Huyssen has published widely in German and English and his work has been translated into Spanish, Portuguese, Swedish, Danish, Turkish, Japanese and Chinese. His books include Drama des Sturm und Drang (1980), After the Great Divide: Modernism, Mass Culture, Postmodernism (1986), Postmoderne: Zeichen eines kulturellen Wandels (ed. with Klaus Scherpe, 1986), Modernity and the Text: Revisions of German Modernism (ed. with David Bathrick, 1989), Twilight Memories: Marking Time in a Culture of Amnesia (1995), Present Pasts: Urban Palimpsests and the Politics of Memory (2003), and the forthcoming edited volume on the culture of non-Western cities entitled Other Cities, Other Worlds: Urban Imaginaries in a Globalizing World (2008).

In 1999, Andreas Huyssen was invited to give a lecture at MACBA in the context of the seminar Towards a high popular culture. This lecture was entitled “Present Pasts: After the High/Low Debate.” 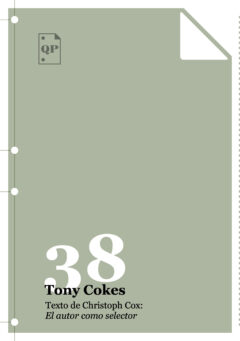