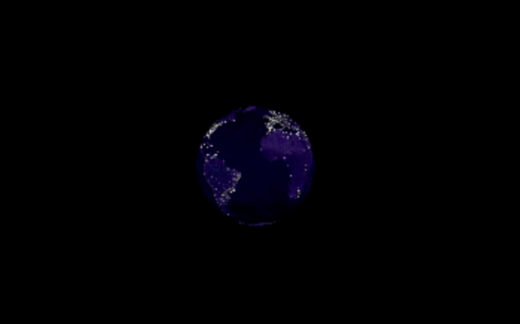 A recent Opinion piece from the New York Times (“Scorched Earth” by Robert L. Park) eulogized the political death of what had been derisively called “Al Gore’s Screensaver.” Since his vice presidency, Gore actively advocated The Trius Project — a satellite to be put into orbit around the Earth on a geosynchronous path (at position Lagrange 1) which would send back live images of both the whole Earth and the full Sun. This project was intended to feed a series of real-time displays, installed as screensavers on computers in U.S. public schools. Al Gore woke up one morning wondering if it would be possible to beam a live continuous image of the full Earth back from space. And, would that image inspire people with the urgent need to care for our planet much as the 1972 Apollo 17 portrait of the whole Earth had crystallized the Ecology movement? According to NASA, this picture (better known as The Blue Marble) is the most widely distributed photograph in existence. The image offers a portrait of the Earth as a small, self-contained whole system floating alone in the infinite nothing of space.

Al Gore woke up one morning wondering if it would be possible.