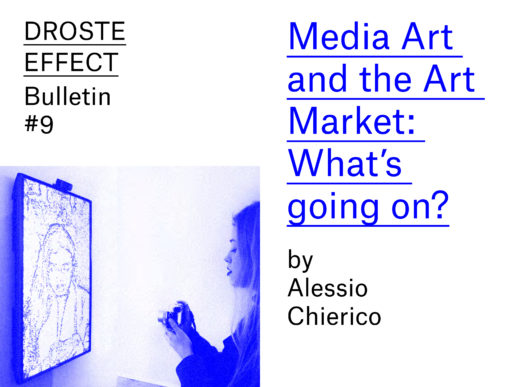 Media Art is a controversial term that identifies manifold artistic experimentations that refer to the use of media technologies as objects and/or as a subject of investigation. The larger part of this field developed independently from the usual art circuits, proliferating in contexts like festivals, research centers, academic institutions, but also on the Internet, through communities, mailing lists, and social networks. The classical institutions of art have for a long time now recognized and hosted some of the emerging forms that traditionally belong to Media Art, however, they also demonstrated suspicion and distance which limited the possible integration and understanding between the two sectors. In recent years, new generations of digital native artists, who grew up in an established technological environment, use the imageries and topics of Media Art within the languages of contemporary art, prefiguring forms of merging between these two worlds. This process becomes evident when Media Art starts to question its position and its possibilities to enter the art market, which is one of the main routes to its legitimization into the mainstream art world and to its historicization. This text is a report of the Media Art and Art Market symposium in Linz, Austria, which aimed to address the current status and problems of the market of Media Art, particularly the compatibility of this sector with the general understanding of the art system.

Droste Effect Bulletin #7: In Defence of the Academic Troll – A word on the new heroes of Infotainment
Gabriel S. Moses
Format
Subjects
Keyword