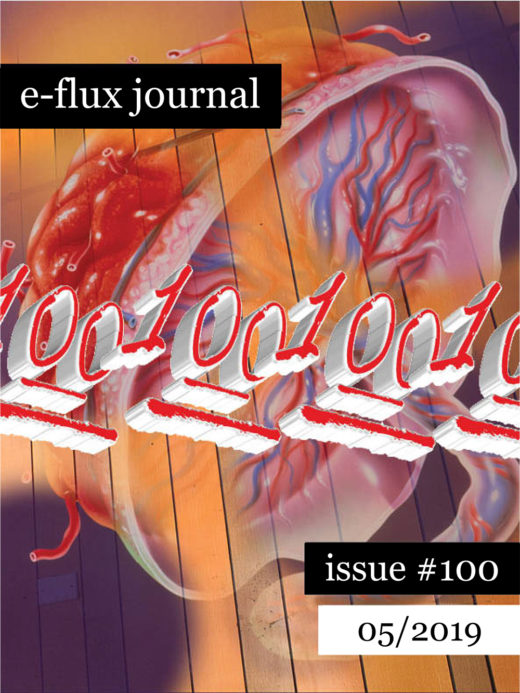 Koichiro Osaka’s text for this issue begins at the Sunshine 60 skyscraper in Tokyo. According to myth and a historical reading, the skyscraper is named for the sixty Japanese war criminals executed in 1948 in what was then Sugamo Prison. In 1978, the former prison became the tallest skyscraper in Asia. As Osaka explains, Sunshine 60 may be the largest war monument ever built. The building serves at once as a haunted gravesite and reassurance of the ongoing sunshine of fascism and capitalism.

Also in this issue, Françoise Vergès describes a daily ritual in multiple urban centers where thousands of black and brown women invisibly “open” the city. Vergès describes how middle-aged, often immigrant women who do the dirty work—the cleaning work—without being seen, so that younger, generally paler neoliberal bodies can perform visible work in those same spaces. Vergès details the hours in the morning when maintenance workers, exhausted, return from their twilight-hour work on public transportation, while the working bodies of the business world begin their pre-work routines and commutes.

In an essay exploring “What Lenin Teaches Us About Witchcraft,” Oxana Timofeeva outlines a vision of camaraderie: one that transcends the borders of humanity and places theories of the comrade (such as Jodi Dean’s from this journal, among others) in a long line of sorcery and witchcraft—a line from which Lenin himself may have descended. Timofeeva writes that comradeship is not easy. “Along with sorcery,” she says, comradeship “can evoke forces that an individual cannot control.” She relays Goethe’s 1797 poem “The Sorcerer’s Apprentice” to illustrate how these forces can be destructive. With the master sorcerer away, the apprentice casts a magic spell. The process goes awry, wreaking a level of havoc. But the apprentice, panicking, has neither skill nor power to stop it alone. Timofeeva explains that “Georges Bataille links this figure of the sorcerer’s apprentice to art: ‘The sorcerer’s apprentice, first of all, does not encounter demands that are any different from those he would encounter on the difficult road of art.’”

Concluding issue #100, Franco “Bifo” Berardi writes that “The contemporary subconscious is marked by two powerful gravitational pulls: extinction and immortality, which feed into each other.” Berardi admits that the answer to the question of exactly what extinction he is talking about is not clear to him. At the end of the essay, he asks: “Is crime the inducer of Chaos, or the generator of Order?”

Berardi speaks to an even larger current condition, one of climate change, near incomprehensible inequalities that mark wealth distribution of our current time, and the panicking predators thereof and therein.

“Is there a way out from this end?” Bifo asks in a coda to the essay. “Yes, of course: it is you, the unpredictable.”