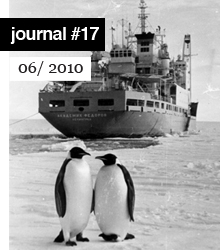 A number of alternate, informal approaches to art and economy that arose in the Berlin of the 90s created a great deal of space and potential for rethinking relations between people, as well as possible roles for art in society. Today, however, much of this hope has since been obscured by the commercial activity and dysfunctional official art institutions most visible in the city’s art scene, and though many of the ways of living and working that were formulated in the 90s are still in practice today (not just in Berlin), many of their proponents acknowledge a feeling that the resistant, emancipatory capacities inherent to their project have since been foreclosed upon. Our interest in inviting Marion von Osten to guest-edit e-flux journal’s issue 17 had to do precisely with this widespread, prevailing sense of rapidly diminishing possibilities in the face of capitalist economy, and her extensive issue offers a broad and ambitious reformulation of how we might still rethink resistance and emancipation both within, and without capitalism—even at a time when alternate economies move ever nearer to everyday capitalist production, and vice-versa...

Editorial—“In Search of the Postcapitalist Self”
Marion von Osten

On the Commons: A Public Interview with Massimo De Angelis and Stavros Stavrides
An Architektur

Hidden Labor and the Delight of Otherness: Design and Post-Capitalist Politics
Tom Holert

Recuperating the Sideshows of Capitalism: The Autonomy of Migration Today
Manuela Bojadžijev and Serhat Karakayalı

What Shall We Do…?
Fahim Amir, Eva Egermann, Marion von Osten, and Peter Spillmann 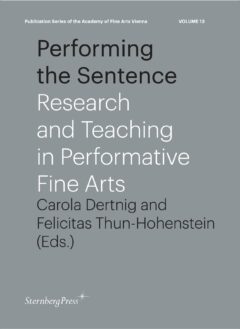 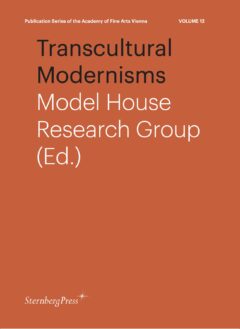