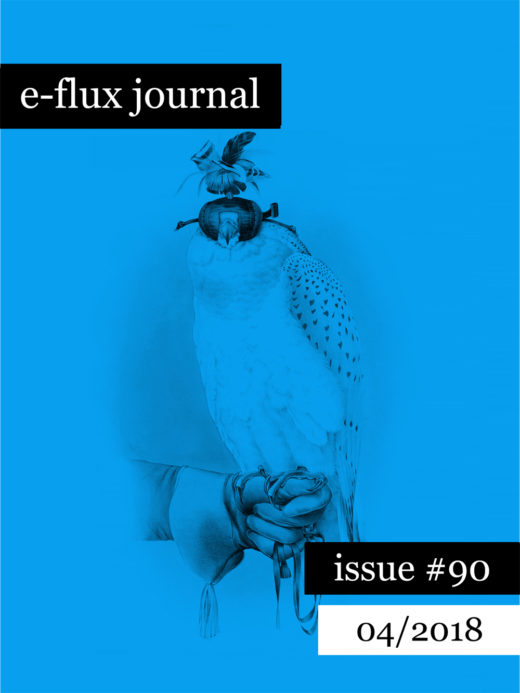 In opening the book The White Possessive: Property, Power, and Indigenous Sovereignty (2015), Aileen Moreton-Robinson leads with an epigraph: “The problem with white people is they think and believe that they own everything.”

In terms of a critique of the seven-centuries-long rollout and contestation of European dispossessive power, this citation is the alpha and the omega. It is incredibly hard to add anything that isn’t captured within its succinct analysis. Nevertheless, this special issue of e-flux journal goes to work amid the breadth of this statement—seeking greater insight into its truth and the counter-tactics therein through aesthetic study in particular.

The essays, dialogues, illustrations, and poetry in this issue are compiled in the context of Frontier Imaginaries, an art and research foundation established in Brisbane (Australia) and incorporated in Amsterdam (the Netherlands). It is specifically in this movement between the spatio/temporal compression of the settler colony on the one hand, and the predatory juridical mappings of merchant colonialism on the other, that the foundational relations of property—the endless toggle of propriety and expropriation—arise as a common denominator.

In practice, Frontier Imaginaries is a project that has found points of grounding in Brisbane, Jerusalem, New York, and Eindhoven, and it is in these oblique incidents that aesthetic study comes to the fore. The frontier, after all, offers a viewpoint that turns the European modern text on its side—revealing intricate and elided theaters of consequence that evade categorical reason….