Launched in 2008, e-flux journal is a monthly art publication featuring essays and contributions by some of the most engaged artists and thinkers working today. The journal is available online, in PDF format, and in print through a network of distributors. 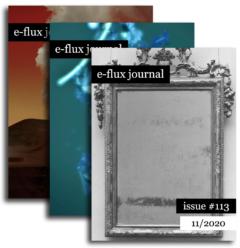