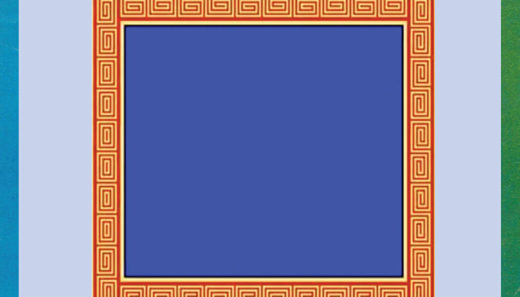 From the moment that you insert the token and the gaming session starts up, the player suddenly has multiple lives. During these games, you can win additional “life” elements, which accumulate as little icons around the edges of the screen. This function creates a positive reinforcement in the player; they have the possibility to fail many times without the game finishing. Professor Pier Luigi Cappucci, in a paragraph of his book “Il corpo tecnologico” descibes to us this phenomenom: Man has always created “virtual” constructs, learning to distance himself from the physical and direct experience of the phenomenal world. (…) mediating and substituting this relationship through the use of models and artifacts.

An important attestation of this desire are the myths and legends of the oral tradition, a version of which we can also see reinterpreted in shadow puppet or marionette shows. The different animation techniques, the use of batons, wire tricks, gloves and other ways of deceiving the eye, trace a line, though long, towards the current, more or less advanced, techniques for controlling “virtual” digital images.

Let’s take the example of the Nigerian Gledé puppet theater, a ceremonial theatre which serves as a religious rite. The puppeteer wears a puppet mask, a single object which moves unison with their dance by means of the puppet strings. It is a kind of hybrid between a puppeteer and a puppet, a divine being who deploys magic and illusionism. At the end of the 70s and throughout the 80s in Japan, a series of OVA, or original video animation, were created, in which the human characters, usually teenagers, had internal control over giant robots, as if they were mechanical sensory extensions of their own bodies.

Take the example of the Gundam Mobile Suit 1979-80 or The Symbiotic Organic device of Guyver, 1985, a technology which amplifies the human potential of the people that it hosts. In 2006 some advanced arcade game were created as simulation for a single player of the Gundam universe. These new game capsules, with a panoramic optical display, have relaunched the arcade system which has been all the rage for a while, in Japan and elsewhere.Divinity, mythological figures, ties with tradition and historical events, have often been the starting point for the creation of scenes and characters for games and video games, often fused together in a bizarre and entertaining manner.

In a game called Dragon Unit, in which we find ourselves facing a monster which resembles the Chimera of classical Greek mythology; a creature composed of a variety of animal species. If we take a closer look we understand, however, that it is actually a Fenghuang, a mythological bird of East Asia. In this case, with the body of a serpent, the tail of a fish, the wings of a dove, and the legs and head of a golden pheasant. In many scenes from Chukka Taisen and Super Monkey Daibuken we find motifs from ancient Chinese fairy tales. These include the Monkey Kings who ride clouds into battle against the pig-headed devils, a Buddha with mirrored sunglasses, Sphynxes that spit fire and other important figures of Chinese Buddhism like Xuanzang.

Wonder Boy is another game full of anthropomorphic or mythological figures, elephant and lionheads float over demonic human bodies, cyclopic giants, probably inspired by Greek oral tales. The protagonist of the game is a cave-boy, adept at using magic tricks to produce a series of fantastic objects which block the path of the player. The meditative strategic game Origamo instead, dills with an Orb of Time, you have to exit a maze filled with characters of five different philosophies and beliefs (Japanese, Chinese, Egyptian, Indian, European), in each room of the maze you must solve a puzzle. Seven types of tiles are moved to you to fill the entire figure of different sorts. Watch out! Time is running, before Medusa turns us into stone, the woman with the eyes of fire and snakes for hair, I recommend that you start the track from the player at the top, I hope you will be saved! or inside of Gokujou Parodius !