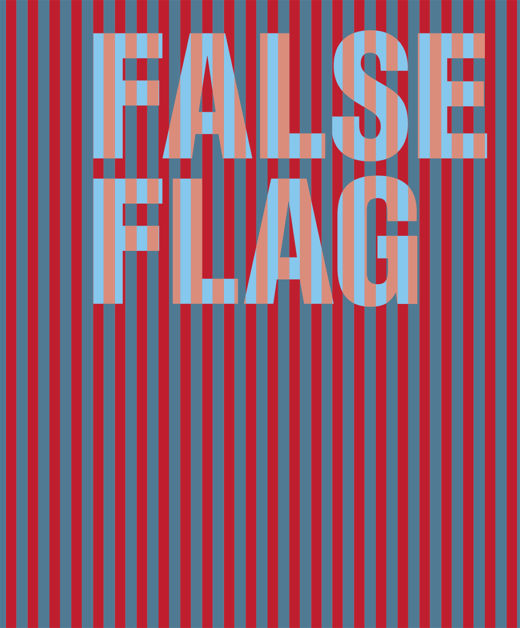 False Flag: The Space Between Paranoia and Reason

False Flag: The Space Between Paranoia and Reason

When I first proposed curating this exhibition on the subject of paranoia, it was September 2016, a little over a month before the United States presidential election. Donald Trump couldn’t possibly win, and we were about to see the momentous election of our first woman President. I had long been interested in paranoia—as an affliction, a strategy, and an ontological system. I took it seriously, very seriously, but it also felt like something outside of me, a symptom of something kept at a distance.

Both during the campaign and in its aftermath, things began to swing out of control. Incidents like “Pizzagate” and other violent attacks directed by Right Wing fanatics suggested the brutal power of paranoid rhetoric. Talk-show host Alex Jones was speaking to a larger audience than ever. The news media, which had always had an important role in determining the message, was spinning between breaking news of Trump’s vulgar actions, FBI investigations into Hillary Clinton, and pop culture memes.

Once Trump won with a shocking, seemingly Russian- assisted victory and took office and this murky, Twitter- fragmented disaster set upon us, the meaning of the exhibition shifted. Paranoia was something that had always hummed in me, but from the lofty remove of privilege. I didn’t trust the government, but only in the sense of an “X-Files” bemusement and some general uneasiness about the history of violence that was a foundation of this country. I was a generally complacent (if occasionally outraged) citizen.

But now, with Donald Trump and his swarm of radical followers in charge, the paranoia that has driven the far right and the Tea Party began to swing the opposite direction. They were turning us (the left) into them (the right). Conspiracy theories about Russia’s involvement in the election, Trump’s quiet hiring of his own security force, and interior machinations all suggested the beginnings of a coup. This seemed entirely possible. But of course, possibility is always part of paranoia.

Works that I had selected for the exhibition that had humor or wit in them didn’t seem funny any more. Pieces that seemed fantastical were suddenly reality. Artists who worked in a dry conceptual vein could be seen as prescient mystics. Over the past two brutal years, we’ve had Charlottesville and #MeToo, “Little Rocket Man” and Steve Bannon, environmental disaster and a lot of blood. A lot of what I started with had to be thrown out the window.

So how to proceed? 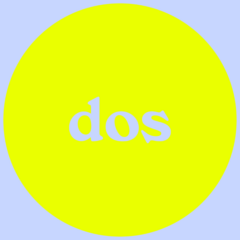 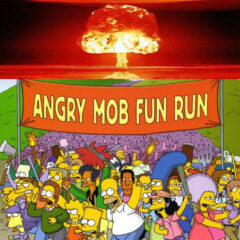 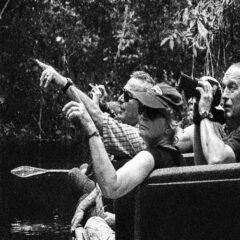