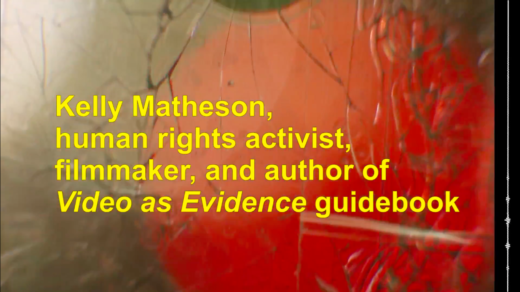 Witness.org: "training and supporting activists and citizens around the world to use video safely, ethically, and effectively to expose human rights abuse and fight for human rights change."

“If you see something, film it.”

Citizen-shot footage distributed through social media has galvanized social movements, in the demand for transparency and accountability. As a political tool, such videos have reverted surveillance against itself, proposing instead a record that comes from below; in other words, a type of vigilance led by citizens against power and abuse, in what has been called “sousveillance”. Yet, beyond our newsfeeds, how does citizen-shot video actually become evidence? How does it perform in the courtroom? Do most of these videos have legal value?

Images that have truth-value in the court of public opinion may not in reality have evidentiary value. In this episode of inhabitants we look at what determines such a gap between images that we perceive to be blatantly true and those that fulfill the requirements of evidence before the court of law. While media and data forensics have become fundamental for the legal validation of footage, certain measures and camera techniques can also help ensure that citizen-shot videos constitute evidence of violence, abuse, and crime.

For this video, we interviewed different people involved in making video-evidence, from Copwatch NYC (a network of neighborhood groups dedicated to recording police abuse) to witness.org who, like several other initiatives, are working to train citizens and human rights activists how to film, not for the news, not for the blackbox or the movie theater, but for the court.

DISCLAIMER: This episode cannot but be a short introduction to a highly complex matter. It does not provide legal advice, and as such we strongly encourage viewers to check further resources referred to at the end of the video, on our website, or at witness.org, aclu.org, and many other sources.

This episode was produced by inhabitants with the kind support of Contour8 Biennale of Moving Image.