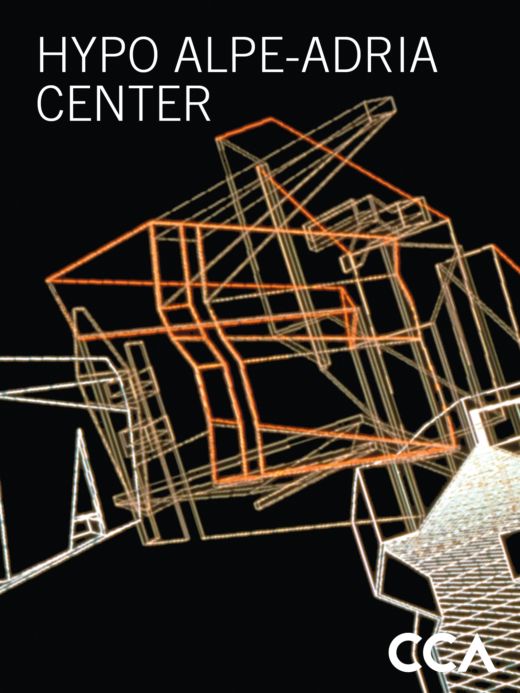 This publication presents Morphosis’s Hypo Alpe-Adria Center, a project located in Klagenfurt, Austria, that creates a new landform in order to mediate the edge-city condition.

In the 1990s, Austrian based Hypo Alpe-Adria Bank group was expanding into a major international corporation and commissioned Morphosis to build its new headquarters based on the office’s winning entry to an invited competition. Not only did the brief call for supporting the functions of the new conglomerate, it also stipulated civic and commercial space for the local community. Situated at the eastern edge of Klagenfurt, the project’s scale and density needed to address its context. This complex relationship between the rural and the urban, between earth and steel, was explored using digital tools such as FormZ.

Hypo Alpe-Adria Center is composed of a series of folds which create contrasts of interior and exterior, dark and light, tight and open. The east towers’ system of intersecting planes, like fissures out of the curved roofscape, is an early example of translating multifaceted constructions from digital to real space.

As part of a multiyear project that includes three exhibitions on twenty-five seminal projects, the CCA and Greg Lynn are publishing a series of digital publications recording conversations with key architects. The epubs are heavily illustrated with photos, drawings, renderings, videos, PDFs, and interactive 3D models.