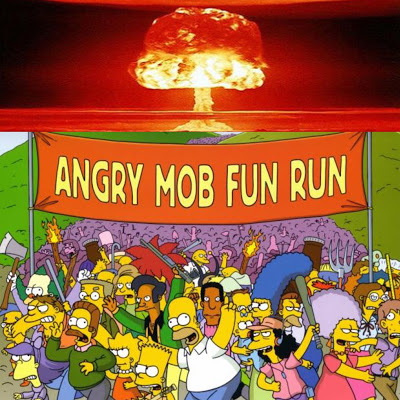 As the Junior Aspirin Records label HQ moves its operations to a remote and heavily-fortified anarcho-syndicalist commune in the Pacific Northwest in anticipation of the total collapse of civic society after the 8 November election, label co-founder, writer and editor Dan Fox has made a rare trip into the city, finding time in his busy urban guerilla warfare training schedule to pop into SoHo, do a little shopping, and rig the US presidential election for this post-pre-post-truth liberal media elite conspiracy-thon. From Dead Kennedys to The Shangri-Las, from ABBA to Jay-Z, a caucus of paranoid political pundits, so desperate to be on the winning side that they’d baste their Grandmas in orange sun-tan lotion just to get ahead, will leak their most criminally top secret emails about the most tremendous electorial issues of the moment. So gather together your favourite tiny-fingered, Cheeto-faced, ferret-wearing shitgibbons and take this opportunity to grope inside America whilst you enjoy the last few weeks of electricity and running water before the pitchforks come out and the briefcase containing the nuclear codes is lost forever at JFK baggage claim. Send in the clowns!