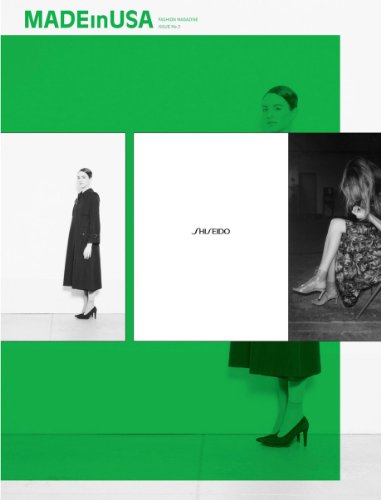 From 1999 to 2001, the New York-based collaborative project Bernadette Corporation produced Made In USA, a magazine that combined fashion, art, music, and critique as an experiment in creating “a place we can all disappear to, instead of being anti-everything and writing the new manifesto, or instead of being pro-everything and buying the latest CD.” Artists such as Thomas Hirschhorn, Peter Fend, and Jutta Koether showed work and wrote alongside philosophers and critics like Sylvere Lotringer, Paul Virilio, and Chris Kraus. For three issues, Made In USA mapped out the cultural terrain for a generation of artists living in New York at a time when reactionary politics and the phenomenon of globalization reached a tipping point. Badlands is pleased to reissue these seminal and historical works as hi-resolution e-books for a new generation of artists and readers. They are all available on Apple iBooks (for the iPad, iTouch, and iPhone), Amazon Kindle, and other e-readers. The reissue of Made In USA coincides with the first retrospective of Bernadette Corporation, at Artists Space, New York. Bernadette Corporation: 2000 Wasted Years recasts the works authored by the group since their inception in the early ‘90s. The exhibition runs from September 9 – December 16, 2012, and will travel to the ICA in London in Spring 2013.

About Bernadette Corporation
Bernadette Corporation is a New York-based collaborative project with three principal members: Bernadette Van-Huy, John Kelsey and Antek Walczak. For over a decade, the collective has explored the changing nature of mass communication and media interfaces by inhabiting different cultural forms and practices: from its origins as an alternative DIY fashion label in New York’s Lower East Side in the 1990s up to its current role as a contemporary artist, showing in galleries and museums. BC has written a novel, Reena Spaulings (Semiotexte/MIT Press), and a screenplay, Eine Pinot Grigio Bitte (Sternberg Press). Made In USA is Bernadette Corporation’s first e-book project.

Made in USA – No. 1
Bernadette Corporation
Format
Subject
Keyword

Made in USA – No. 2
Bernadette Corporation
Format
Subject
Keyword