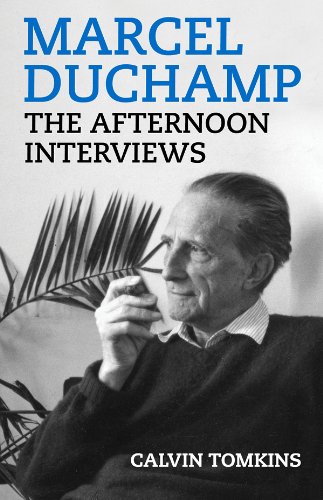 In 1964, Calvin Tomkins spent a number of afternoons interviewing Marcel Duchamp in his apartment on West 10th Street in New York. Casual yet insightful, Duchamp reveals himself as a man and an artist whose playful principles toward living freed him to make art that was as unpredictable, complex, and surprising as life itself. Those interviews have never been edited and made public, until now. The Afternoon Interviews, which includes an introductory interview with Tomkins reflecting on Duchamp as an artist, guide, and friend, reintroduces the reader to key ideas of his artistic world and renews Duchamp as a vital model for a new generation of artists. This enhanced e-book includes five audio clips, including four from the original 1964 recording of the interview and a never before heard clip of Tomkins in 2012 telling a short story about Duchamp.