The recordings of the first six episodes (Introduction and episodes 1 – 5) have been made in Venice during TBA21–Academy, The Current II, Summer School and Convening #2: Phenomenal Ocean both led by Chus Martínez, head of the Art Institute in Basel, and held at TBA21–Academy at Ocean Space in Venice in September 2019.

Can what is necessary be as well pleasurable? Can a radical transformation, following the principles of feminism, anti-racism, and anti-fascism eventually be easier than we think and closer than we expect?

With Corona Under the Ocean the podcast series is exploring the impact of the Covid-19 pandemic crisis on ocean research, as well as its effect on the ocean itself. Using the practice of storytelling, the ten chapters (episodes 6 –15) present conversations between writer and curator Sonia Fernández Pan and guests from various disciplines. The series offers a transoceanic perspective emerging from the fields of marine science, postcolonial studies, speculative histories, and political imagination. 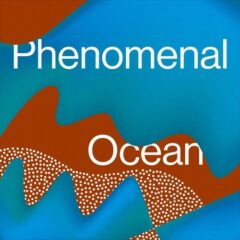