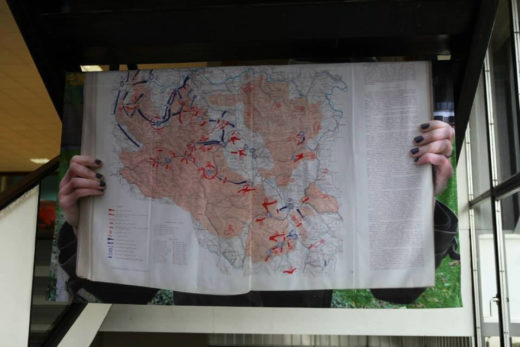 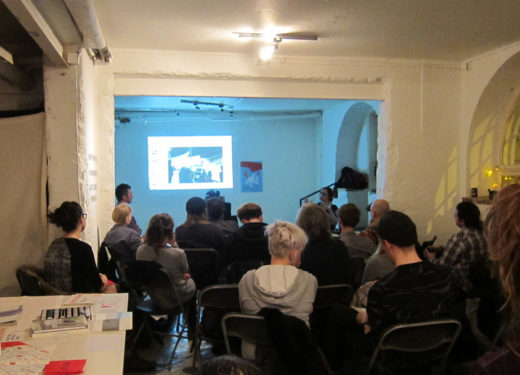 In conversation with Rab-Rab, Momčilović will talk about her collective projects with Alain Badiou, Jacques Rancière and Natacha Michel, today’s leading theoreticians and writers, with whom she has collaborated since the nineties. Momčilović will comment on the emancipatory potential of Badiou’s and Rancière’s theses on understanding current political and artistic practices. Her focus will be on the educational research project, Ph.D. in One Night, in which she has worked since several years together with contemporary dancers, experimental musicians, and visual artists. Ph.D. in One Night claims re-evaluation of non-useful, unfinished and non-precise knowledge (such as art) which in different ways aims to break from the ossified structures and institutions of learning.

Momčilović is one of the founders of Edicija Jugoslavija (http://edicijajugoslavija.org/), samizdat giving precedence to emancipatory writings, publishing translations of radical French theory in Serbo-Croatian and texts claiming for the singularity of Yugoslav temptation of communism. Among the topics of discussion will be the current status of independent publishing dedicated to experimental art and contemporary egalitarian politics, which is the concern of Rab-Rab journal.

The visit of Momčilović in Helsinki is the first in the series of Rab-Rab Talks with international guests. Momčilović’s presentation will be also an opportunity to discuss the possibility of realizing Ph.D. in One Night project in Helsinki with the participation of Jacques Rancière.

Ivana Momčilović, based in Brussels, is a dramaturge, whose work is focused on displacement of ‘unuseful knowledge’ as philosophy and art, in different spheres of everyday life – through new forms of sharing of knowledge, micro-exhibitions, musical interruptions, theater of words and various poetry punctum’s in the educational process. She is also exploring the relationship between fiction and ideology, and the mechanisms of the (theatrical) Estrangement effect (Verfremdungseffekt) on contemporary politics, researching relations between education/ arts and politics.

Momčilović is a Founder of ‘Emigrative art Collective’ (Belgium, 1992 – current) dedicated to the Yugoslav and non-Yugoslav artist against the war. She has translated ‘Of an Obscure Disaster’ by Alain Badiou, published by Jan Van Eyck, Academie in Maastricht, with Ozren Pupovac (2009). She is the initiator of cycle of philosophical lectures ‘In the fold of present’ (co-organized with Daniel Franco), with the participation of the French philosophers Alain Badiou, Jacques Rancière, Natacha Michel, Bernard Stiegler, (2007/2008), starting with ‘theoretical stage preludes and fugues’, in Palais de Beaux arts, Brussels.

Rab-Rab (www.rabrab.fi) is an English language journal dealing with political and formal inquiries in art, published bi-annually in Helsinki by Rab-Rab Press under the direction of Sezgin Boynik and Gregoire Rousseau.

Ivana Momčilović has contributed to the second issue of Rab-Rab with an interview she did with Francois Nicolas on experimental music and revolutionary politics. The larger part of the interview deals with the singularity of communism in Yugoslavia (including anti-fascism, the rupture with Stalinism, Yugoslav surrealism, self-management, non-alignment), the critique of Zizek’s “musical communism” and experimental music. 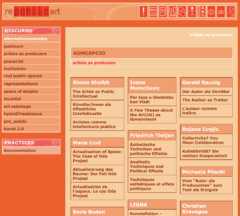