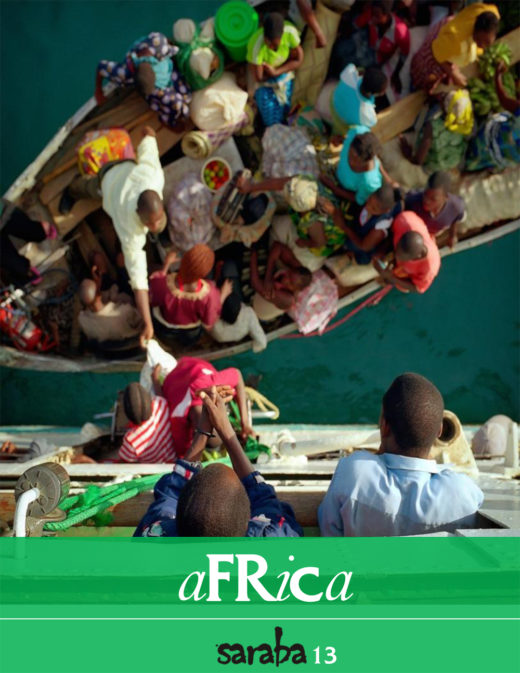 There is a statement, “Africa is a country,” used to satirize Western‘ preconceptions about Africa. With billions of people, thousands of ethnicities, several colonial histories and varied post-independence struggles, the continent is spoken of as a single plane that is beset by bad leadership, unending poverty, and the odd scenery. Yes, the continent has these, and yes, there really are some similarities across the different countries and cultures. But, the question remains: Is that all that can be said? And there is another question: How can you represent what truly is Africa?

For us at Saraba, we set out to have the issue explore the complex narrative that is Africa.

But, reading through the writings, and the art, of this issue, I became aware of the mundane in the stories that were told. Africa, like Europe, like Latin America, etc, is a place where some people are living out their existence.

In this issue, a boy takes a girl out in Richard Ali‘s The Attempted Killing of Faruk; two girls have a conversation while riding a bus in Tosin Akingbulu‘s Thirteen; and two grown-ups talk about having sex in Sefi Atta‘s A Safe Indiscretion. And, yes, these stories come with their own unique spin, because Africa has undergone its own speciation.

This issue, in some way, answers the questions I raised at the beginning. We take a glimpse at some of the different happenings of, and in, life, which the setting may have played a part.

The setting is Africa. Enjoy!