Accelerating the Evolution of Technologic Design (with Dean Johnson) Strelka Institute Podcast
Dean Johnson
PublisherStrelka Press2021
Format
Subjects
Keywords
Dean Johnson, futurist and head of innovation at Brandwidth, explains how the Internet of Things relies on continuity of experience. 2:02 — About Dean Johnson and what he does 5:14 — Mobile technologies 8:50 — How we developed our first gadget 20:27 — How does an iBook work 21:05 — Urban environments 23:50 — Libraries 25:42 — How do we actually interact with content 37:26 — Why the iPad was so popular and successful 42:19 — Back to the future 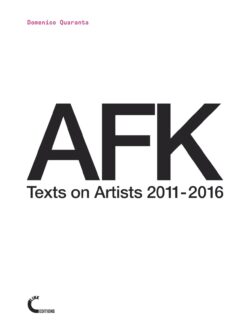 after.video #01: Assemblages Open Humanities Press
Oliver Lerone Schultz, Adnan Hadzi, Pablo DeSoto, et al.Laila Shereen Sakr, Oliver Lerone Schultz, Adnan Hadzi, Pablo DeSoto, Laila Shereen Sakr, Clare Birchall, Gary Hall, Peter Woodbridge, [10 More...]
PublishersOpen Humanities PressMute2016
Formats
Subjects
Keywords
Theorising a World of Video, after.video realizes the world through moving images and reassembles theory after video. Extending the formats of ‘theory,’ it reflects a new situation in which world and video have grown together. This is an edited collection of assembled and annotated video essays living in two instantiations: an online version – located on the web at http://after.video/assemblages, and an offline version – stored on a server inside a VHS (Video Home System) case. This is both a digital and analog object: manifested, in a scholarly gesture, as a ‘video book.’ We hope that different tribes — from DIY hackercamps ... 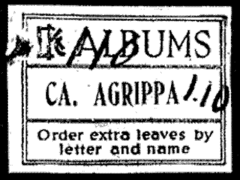 Agrippa (A Book of the Dead)
William Gibson, Dennis Ashbaugh
PublisherKevin Begos Publisihing1992
Format
Subjects
Keywords
William Gibson’s poem played from a 3½-inch diskette on a 1992-era Mac computer running the System 7 operating system. When the diskette ran, the text of the poem scrolled up the screen (accompanied by infrequent sound effects: a camera shutter click, a gun going off) while an encryption program on the diskette encoded each line and made the poem “disappear” after its first reading. On December 9, 2008—the sixteenth anniversary of the original “Transmission” event debuting Agrippa—The Agrippa Files was aided by the Maryland Institute for Technology in the Humanities and the Digital Forensics Lab at University of Maryland, College Park, ...

Art Beyond Digital Link Editions
Dominique Moulon, Philippe Codognet, Geoffrey Finch
PublisherLink Editions2018
Format
Subjects
Keywords
Digital technology has interfered in all the spheres, private, public and professional, of our society and shaped them. Artists have always used the techniques or technologies of their time to express themselves. To each appropriated innovation thus corresponds a range of works. Yet, it takes time for the art world to integrate new practices and new media. Impatient, the most fervent advocates of digital art have structured themselves into international communities by organizing dedicated events. Their practices have now matured and the public is culturally ready to welcome their creations as it already does in festivals. At the same time, ...

Aura and Temporality: The Insistence of the Archive Quaderns portàtils
Wolfgang Ernst, Keith Patrick, Cosmic
PublisherMACBA2013
Formats
Subjects
Keyword
This text by Wolfgang Ernst is the keynote lecture of the conference The Anarchival Impulse in the Uses of the Image in Contemporary Art, organised by the University of Barcelona. In “Aura and Temporality: The Insistence of the Archive.” the author analyses how the archive in the traditional sense, based on rigorous classification and secrecy, must be redefined in the light of the enormous potential for dissemination and organisation that arises from the digital media: archives are now ephemeral, adapted to various supports and, for the first time, more than a specific space, they occupy time. Wolfgang Ernst is Professor of ... 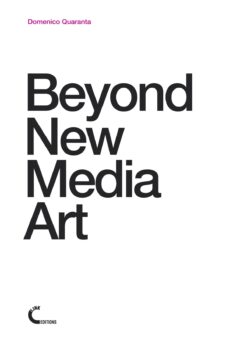 Beyond New Media Art Link Editions
Domenico Quaranta
PublisherLink Editions2013
Format
Subjects
Keyword
Beyond New Media Art is the revised, updated version of a book first published in Italian with the title Media, New Media, Postmedia (Postmedia Books, Milan 2010). Through the circulation of excerpts, reviews and interviews, the book produced some debate outside of Italy, which persuaded the author to release, three years later, this English translation. Beyond New Media Art is an attempt to analyze the current positioning of so-called “New Media Art” in the wider field of contemporary arts, and to explore the historical, sociological and conceptual reasons for its marginal position and under-recognition in recent art history. On the other ... 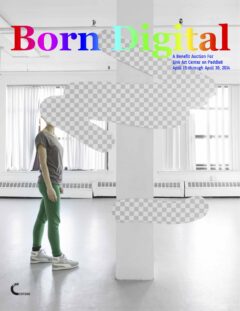 Born Digital Link Editions
Fabio Paris, Domenico Quaranta, Alterazioni Video, et al.Anthony Antonellis, Aram Bartholl, Erik Berglin, Enrico Boccioletti, Heath Bunting, Marco Cadioli, Martin John Callanan, Gregory Chatonsky, [29 More...]
PublisherLink Editions2014
Format
Subjects
Keywords
Born Digital is a benefit auction and an online exhibition made to support the activities of the Link Art Center on the online auction platform Paddle8. The event—the first with this focus taking place in Europe on this scale—includes more than 50 works kindly provided by 33 artists. For two weeks long, from April 15 to April 30, 2014, people and collectors are invited to visit the works and eventually to bid to support the artists and the organizers. The Link Art Center is the first Italian organization to collaborate with Paddle8, an online auction house that partners with non-profit organizations ...

Bulletins of the Serving Library #1 Bulletins of the Serving Library
Angie Keefer, Stuart Bailey, David Reinfurt, et al.Angie Keefer, Rob Giampietro, David Reinfurt, Dexter Sinister, Bruce Sterling
PublisherThe Serving Library2011
Format
Subjects
Keywords
For this PILOT issue, we have posted PDFs, bound and printed the publication over the first six months of 2011 in advance of launching. From now on, bulletins will be posted to this website as they are ready. If you would like to be told when a new season is complete, and the printed version available, you can join our mailing list. We begin with a plea to remember dead media by Bruce Sterling; an 8-part examination of the Octopus Vulgaris as a metaphor for post-symbolic communication (whatever that might mean) by Angie Keefer; a zero-sum conversation about Libraries and ...