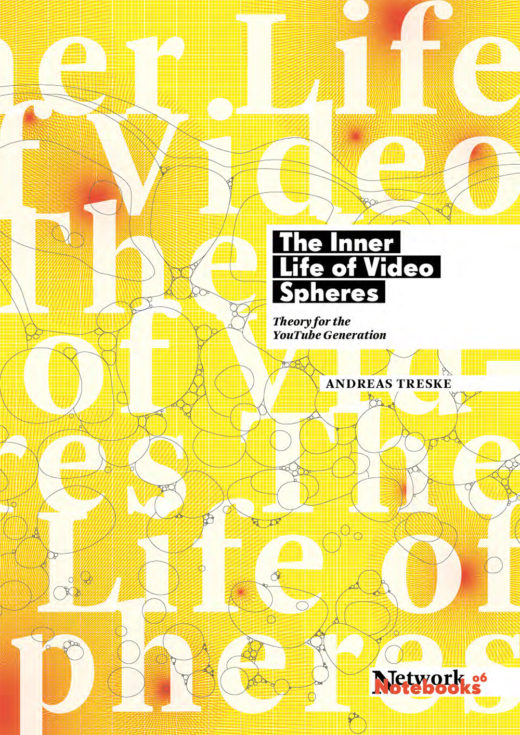 The Inner Life of Video Spheres

Video is everywhere, like a space in which we move, an ocean we can dive into. But video is no longer the video we once knew. To address this techno-social shift, Andreas Treske sketches the outlines for a philosophical and practical understanding of online video, offering up a theory for the YouTube generation.

Video is examined up close and as a societal phenomenon. The images of a video constantly refer to other images, to the user and to the world outside. There is a ‘thickening of the image’. Videos also exist in relation to each other. On YouTube each video is accompanied by dozens of suggestions commercials and comments. Or consider TED-talks: every presentation refers to many others, all connected in a network and easily changing from one hype to the next.

Useful for comprehending this relational context is the philosophy of Peter Sloterdijk, who describes human society in terms of ‘spheres’. Online video can be understood as similar to bubble stuck to other bubbles, coming together to from foam within the connected sphere of the human environment.

Most prominent effects so far is video as a means of protest in the squares of the world, where revolution is filmed an uploaded in real time. Video isn’t a defined movie-object watched individually, but a movement of millions of video simultaneously, causing a cascade of reaction throughout the world.