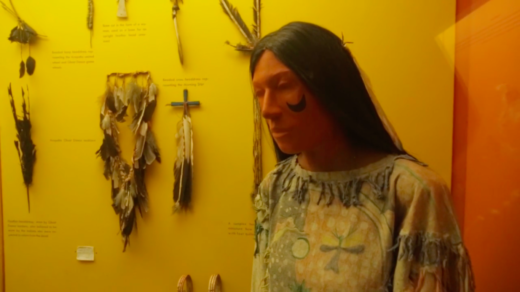 The Violence of a Civilization Without Secrets Inhabitants (Season Two)

The Violence of a Civilization Without Secrets (Inhabitants site)

Repatriation Overview - The National Museum of the American Indian

For the third and final contribution to Contour 8 Biennale, inhabitants has commissioned Adam Khalil and Zack Khalil in order to host an urgent reflection on indigenous sovereignty, the undead violence of museum archives, and post-mortem justice.

Filmmakers Adam and Zack Khalil (Ojibway), in collaboration with artist Jackson Polys, investigate the recent court case that decided the fate of the remains of a prehistoric Paleoamerican man found in Kennewick, Washington State in 1996. The case pitted the Umatilla people and other tribes, who wanted to provide a burial to the  “Ancient One,” against two scientists—one of which from the publicly-funded Smithsonian Institute—who wanted to study the “Kennewick Man”. In order for the claim to fall under the Native American Graves Protection and Repatriation Act (NAGPRA) it became necessary to establish the lineage of these remains.

This fight unleashed a controversy with groups attempting to establish white ancestry, and with this seeking to altogether undermine the indigenous sovereignty over land and ancestors and annul centuries of colonial violence. The evolving science of DNA and cranial morphology was grotesquely called in to testify to the purity of the bones’ ethnicity, where native claims to embodied knowledge of its origin had little means of addressing the court. Despite all of this, the Umatilla people and other tribes ultimately repatriated the “Ancient One” and he was reburied earlier this year in 2017.

This episode was produced by inhabitants with the kind support of Contour Biennale 8.