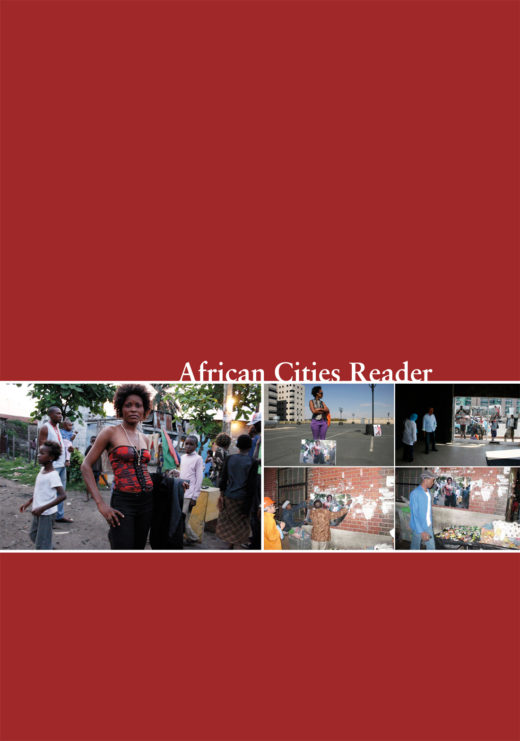 Pick up any academic or popular publication that deals with urban life in Africa and be prepared to be overrun by caricature, hyperbole, stereotypes and moralistic hogwash. Urban Africans are either bravely en route to empowering themselves to attain sustainable livelihoods or the debased perpetrators of the most unimaginable acts of misanthropy. Explanations for these one-dimensional distortions vary from historical path dependency perspectives, to the vagaries of the peddlers of neoliberal globalisation agendas, or to the glorious agency of digni ed actors who persist with their backs straight, chin up despite the cruelties bestowed by governmental neglect and economic malice. Amidst these registers it is almost impossible to get any meaningful purchase on what is actually going on in the vibrant markets, streets, pavements, taxi ranks, hotel lobbies, drinking halls, clubs, bedrooms, rooftops, gardens, dump sites, beach fronts, river edges, cemeteries, garages, basements, and other liminal spaces of daily life and the imaginary.

The African Cities Reader seeks to call this state of affairs to order. We are not interested in comprehensive explanations or answers. Instead, we are attracted to an aesthetic agenda that can capture something about the stylisation of thought and practice as it emerges from the complex indeterminacies of city-making, city-burning and city-dreaming. There is such an overproduction of thought, intention, agendas and relations in African cities that all discursive accounts that seek to capture this mobile intensity come up short. The African Cities Reader cannot solve this epistemic problem, but it can provide one forum where new voices and perspectives that respect this complexity can be served up. The result is exhilarating.

What follows is a wide-ranging ensemble of genres, perspectives, and forms of representation that provide crucial glimpses onto how African identities and spatialities are being crafted at a moment when both urban theory and policy is experiencing its worst existential crisis. Again, in this volume there are no ready-made “solutions” but rather a con rmation of the multifaceted and expansive repertoires of city-making amidst profound neglect that demands fresh readings, interpretations, dreams and desires for sense-making. We hope this assemblage and juxtaposition of the emergent African city in all of its diasporic richness will enrich a larger moment in which Africans take responsibility for their own representations, on their own terms, and in the process further densify cityness, Africa-style.

This volume results from an alliance between Chimurenga and the African Centre for Cities at the University of Cape Town. The collaboration is borne out of a shared commitment to new forms of autonomous knowledge production and intellectual insurgency. The product of our collaboration is mainly nanced by The Rockefeller Foundation and a related programme supported by the Africa Centre. The support and openness of these institutions are greatly appreciated. Most importantly, we want to express gratitude to the contributors who have made the creativity available for broader engagement. Enjoy the ride, argue with what follows and keep the debate burning. Africa’s cities certainly need more re in the belly.