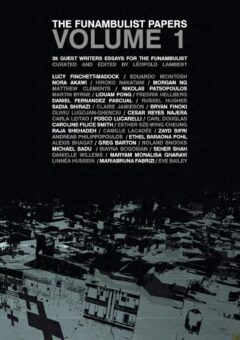 The Funambulist Papers, Volume 1
Léopold Lambert, Léopold Lambert, Nora Akawi, et al.Eve Bailey, Ethel Baraona Pohl, Michael Badu, Greg Barton, Alexis Bhagat, Biayna Bogosian, Martin Byrne, Matthew Clements, [30 More...]
Publisherspunctum booksThe Funambulist2013
Format
Subjects
Keywords
This book is a collection of thirty-five texts from the first series of guest writers’ essays, written specifically for The Funambulist weblog from June 2011 to November 2012. The idea of complementing Lambert’s own texts on his blog with those written by others originated from the idea that having friends communicate with each other about their work could help develop mutual interests and provide a platform to address an audience. Thirty-nine authors of twenty-three nationalities were given the opportunity to write essays about a part of their work that might fit with the blog’s editorial line. Overall, two ‘families’ of texts emerged, ...