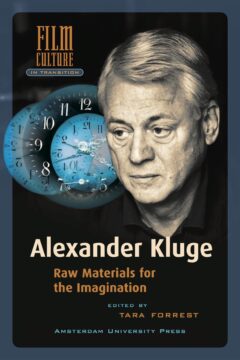 Identity in Motion: On Movement in Film Fall Semester
Gertrud Koch, Antonia Wright, Marcos Valella, et al.Odalis Valdivieso, Angela Valella, Felice Grodin
PublisherFall Semester2016
Format
Subject
Keywords
What kind of image is the filmic image? The standard answer is: a “moving image”. What is a moving image? The standard answer is: a) an image that has movement in it, and b) an image that is moving. The filmic image has both, it shows movement and it is moving. The specific case of the filmic image is that despite the kind of movement it entails it is expanded in time and we perceive and see it in the full sense of the word as an image of movement and not only as a moving image. The moving image of ... 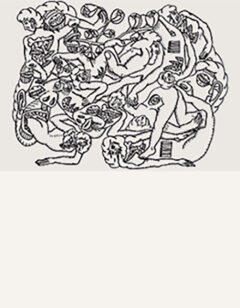 Unworking continent.
Peer Illner, Alison Hugill, Alexander García Düttmann, et al.Gertrud Koch, Marina Vishmidt, Anthony Iles, Mikkel Bolt Rasmussen, Peer Illner, Mehdi Belhaj Kacem, Erik Erlanson, Peter Henning, [3 More...]
PublisherContinent2017
Format
Subjects
Keywords
Désoeuvrement! Variously translated as unworking or inoperativity is a notion that haunts contemporary political theory and practice. Unworking overturns the typical valuation of work and action as positive and constructive and opens an avenue to think radical passivity and inactivity as aesthetic and political practices that question the modernist mantra of purposeful production and ceaseless activity. At its most basic, unworking is the critique of work and of everything that we imagine as such. The work of community-building for instance, the work of art, work as wage labour, even psychoanalysis, imagined as ‘working through’. This issue of continent is dedicated ...