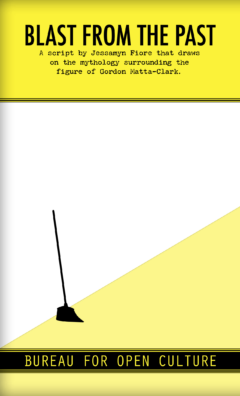 Blast from the Past
Jessamyn Fiore, Gordon Matta-Clark, Robert Smithson, et al.Nate Padavick
PublisherBureau for Open Culture2013
Formats
Subjects
Keyword
Blast from the Past theatricalizes found texts about the work of Gordon Matta-Clark and Robert Smithson, combining their words with contemporaneous interviews and articles to propose the genesis of two artworks Blast from the Past (1972–73) and Reality Properties: Fake Estates (1974) by Matta-Clark. The text is written by Jessamyn Fiore and commissioned for The Marienbad Sessions, a public event series produced as part of the exhibition Last Year at Marienbad redux. It is part two of a two-volume publication.

Defacement
Amanda Schmitt, Lucas Ajemian, Richard Aldrich, et al.Maria Eichhorn, Nicolas Guagnini, Susan Howe, Brook Hsu, Jacqueline de Jong, Leigh Ledare, RH Quaytman, Gerhard Richter, [8 More...]
PublisherThe Club2019
Format
Subjects
Keyword
“Defacement” introduces twelve contemporary artists, and presents them in context alongside the “Situationist International,” an intellectual, social and artistic organization active from 1957-1972 which included Asger Jorn and Guy Debord. The Situationists aimed to critique the evolving mass-consumerist society resulting from the globalizing force of capitalism. At the core of the exhibition is a re-reading of the strategy détournement, specifically interpreting the concept of defacement. The exhibition includes painter Jacqueline de Jong, who was one of the original members of “Situationist International,” Andy Warhol, whose use of repetition negated the concept of preciousness and posed a question to our conception ... 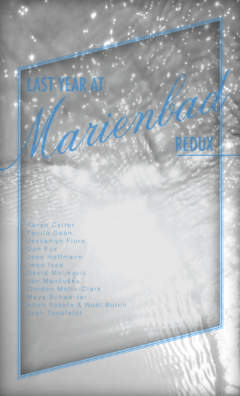 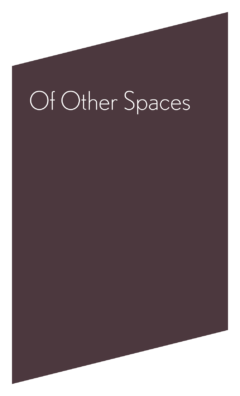 Of Other Spaces
James Voorhies, Mary Jo Bole, Michael Brown, et al.Alain Bublex, Robert Buck, Gregory Crewdson, Dan Graham, Candida Höfer, Guillaume Leblon, Laura Lisbon, Gordon Matta-Clark, [14 More...]
PublishersBureau for Open CultureColumbus College of Art & Design2009
Format
Subjects
Keywords
Of Other Spaces asks us to consider the ways in which spaces are charged with authority, and both serve and suppress our actions and ways of relating. It follows within a discourse on the sociocultural conditions embedded in different spaces, institutional and otherwise. The concept of “other spaces” is inspired by the philosophy of Michel Foucault, from his 1967 essay, Of Other Spaces, Heterotopias, on the social relations and cultural conditions associated with the weight of space, architecture, and history. Foucault’s essay is reprinted in this book.