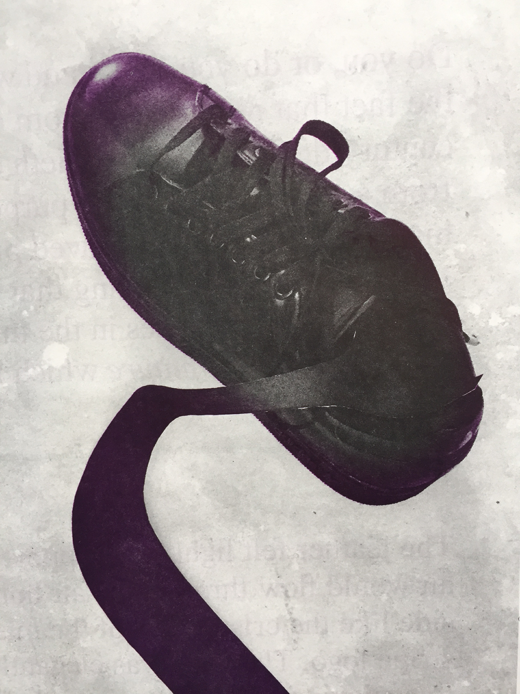 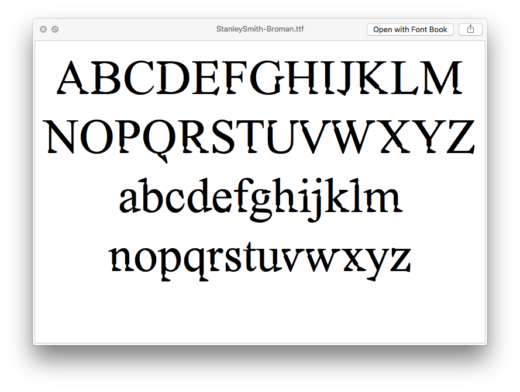 Do you, or do you not, stand with me in recognizing the fact that roman type from the end of the fifteenth century down to the twentieth century, was a casting from a mold made for the purpose of embodying a matrix from a hand engraved punch? Secondly, do you stand with me in believing that four hundred years of such engraving creates in the image printed from these castings a second nature which is so strong as to be unchangeable?
Stanley Morison, Letter to Jan van Krimpen, 5 March 1956. Published in Jan van Krimpen on the Mechanical Cutting of Punches (Harvard/Godine, 1972), pp. 100-101

The leather felt light, the support strong, and a bit of air would flow through the air holes perforating each side like the crisp ghost of the manufacturer’s triple stripe logo. The shoe was elegantly spare and on its way to achieving prestige as a style item. It is unpretentious footwear for potentially pretentious feet.
Troy Patterson on the Adidas ‘Stan Smith’ tennis shoe. Published in The New York Times, 5 May 2015

At a distance the subject matter is superficially narrow – he sells and does drugs, has guns and money, fucks and loves women – but the spiritual spectrum is vast. He is John Coltrane for a world where consumption and masculinity are the only gods. Each note and every croak multiplies his meaning.
Andrew Nosnitsky on Young Thug. Published in The Wire, August 2015

This work is licensed under an SIL Open Font License (OFL). For details see here http://scripts.sil.org/OFL

For a free printed type specimen, send a self address return envelope to: Colophon, Willemsstraat 32, 1015 JD Amsterdam, The Netherlands.