+KAOS. Ten Years of Hacking and Media Activism Theory on Demand
Maxigas, Ferry Byte, Sandrone Dazieri, et al.Autistici/Inventati, Laura Beritelli, Laura Beritelli, Trish Byrne, reginazabo, blicero, Miriam Rasch , Katja van Stiphout, [2 More...]
PublisherInstitute of Network Cultures2017
Format
Subject
Keywords
At the end of the 20th century, hacking was bleeding edge. When the ideas, practices and pranks of this experimental niche of technophiles attracted the attention of a handful of activists in Italy, they understood that information and communication were what would give shape and voice to social, political, and cultural processes in the near future. +KAOS is a cut and paste of interviews, like a documentary film transposed on paper. It describes the peculiar relationship between hacktivism and activism, in Italy and beyond, highlighting the importance of maintaining digital infrastructures. While this may not sound as glamorous as sneaking into ...

A Manual For The Immaterial Worker Artists and Activists
Bureau for Open Culture, The Gesso Foundation
PublisherPrinted Matter2011
Format
Subject
Keywords
The time clock is a device for the material worker. It ticks away, minute by minute, hour by hour over the course of each and every day. In the olden days the work completed was equal to the material proof at the end of eight hours. Today, the immaterial worker does not have the same symbiotic relationship with the time clock. The time clock for the immaterial worker is irrelevant because they work continually. And they work on what is most expected of them: the constant flow of ideas. Their time is not measured in concrete things. It is measured ...

Apocryphal Technologies (continent. 8.1-2) continent.
Jamie Allen, Anthony Enns, Matt Bernico, et al.Anthony Enns, Jill Galvan, Douglas Kahn, Meghan Trainor, Heidi Barkun, John Modern, Steven Connor, Tamara Kneese, [16 More...]
Publishercontinent.2019
Format
Subjects
Keywords
These past few years, the fairly ancient concept we call “truth” has been bandied about the place quite a bit. Our social trust barometers, for a long time calibrated with “politician” on one side and “scientist” at the other, have been thrust into stormy weather. People like Donald Trump and Richard Dawkins have buried the needle into extremes of rhetorical squall, political uproar and techno-scientific demand, operationalising belief and fact in excessive ways — destructive of both self and others. The rest of us, muddling through this other ancient concept we call “modern life”, try and poise ourselves somewhere in ...

art & automation: for an apologia of leisure time Droste Effect Bulletins
Marco Antelmi, Vincenzo Estremo, Matilde Soligno
PublisherDroste Effect2018
Format
Subjects
Keywords
Robotics and soft AI are bringing everyday changes both to the work field and to our free time. How does this condition reflect itself on the artistic practice? Can we humans liberate ourselves from our anthropocentric viewpoint and accept the intellective superiority of machines? Will we be able to overcome our fear of automation? In the utopian view of a fully automated production, not only work ethics should be re-thought, but also our certainties about aesthetics.

Be Prolific (with Ash Thorp) Strelka Institute Podcast
Ash Thorp
PublisherStrelka Press2020
Format
Subject
Keywords
Art director, illustrator, and concept designer for such titles as “Ghost in the Shell”, “Captain Marvel” and “Assassin’s Creed” Ash Thorp develops a storyline through his work process, dwells on his favourite tools for animation and 3D-renderings, shares tips on self-organisation and destroys the myth of creative block. Books Ash mentions: “Mastery” by Robert Green, “Eat That Frog” by Brian Tracy, “The War of Art” by Steven Pressfield, “Damn Good Advice” by George Lois, “Manage Your Day to Day” by 99U. The lecture took place at Strelka in 2019 as part of “In Other Worlds” annual event series. To watch the ... 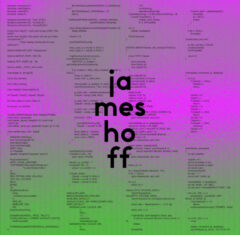 Blaster
James Hoff
PublisherPan2014
Format
Subjects
Keyword
New York based conceptual artist James Hoff returns to PAN with ‘Blaster’, a document of his explorations of computer viruses as agents within the composition process. Specifically, Hoff used the Blaster virus to infect 808 beats and then utilized the mutated results as building blocks for seven new compositions. Hoff’s interest in computer viruses lies in their ability to self distribute through (and ultimately disrupt) networks of communication and Hoff’s agency as an artist centers on placing these parasitic forms into pre-existing genres, such as dance music. BLASTER is a timely exploration of the infectious qualities of sound, and how it ...

Claiming Humanity: A Black Critique of the Concept of Bare Life The Funambulist Podcast
Léopold Lambert, Alexander Weheliye
PublisherThe Funambulist2014
Formats
Subjects
Keywords
This conversation with Alexander Weheliye is built upon the critique he made of the work of Giorgio Agamben, in particular in his essentialization of the muselmann in the context of the Holocaust. Alexander argues that slavery functions as a better paradigm to understand the “layering” of bare lives and the racial aspects that this understanding involves. He explains how he is interested in finding other ways to “claim humanity” than the traditional judicial one that attributes this status in a retroactive manner to suffering bodies. In order to do so, we evoke the works of major African-American and black Caribbean thinkers such as ...
1 2 3 … 9 Next