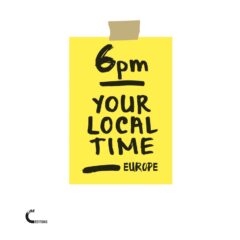 Abstract Browsing Printed Web Editions
Rafaël Rozendaal, Reinier Feijen, Paul Soulellis
PublisherLibrary of the Printed Web2016
Format
Subjects
Keywords
Abstract Browsing is a project that consists of both software and physical objects. The browser plugin is a free software that you can easily install. When you turn on the plugin, you can surf the web but all web content is reduced to abstract compositions (colored rectangles). It shows the skeleton of the web. It’s like seeing an X-ray of a building, showing the structural elements. Web pages are built of many elements, information is organized and categorized. Things we use every day but are not aware of. Invisible parts. Websites are constantly tweaked to maximize their efficiency, separate from aesthetic ...

Action at a Distance Meson Press
Florian Sprenger, Christina Vagt, John Durham Peters, et al.Erik Born, Torsten Köchlin, Silke Krieg, Sascha Pohflepp
PublisherMeson Press2020
Format
Subjects
Keywords
The mediality of transmission and the materiality of communication result today more than ever in “acting at a distance” – an action whose agency lies in a medium. This book provides an overview into this crucial phenomenon, thereby introducing urgent questions of human interaction, the binding and breaking of time and space, and the entanglement of the material and the immaterial. Three vivid inquiries deal with histories and theories of mediality and materiality. 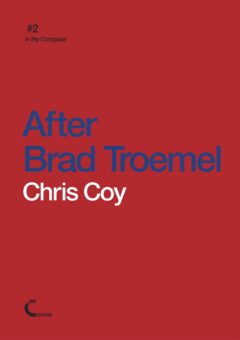 After Brad Troemel Link Editions
Chris Coy, Artie Vierkant
PublisherLink Editions2013
Format
Subjects
Keywords
After Brad Troemel (ABT) is an artist book conceived for the JstChillin exhibition Read/Write at 319 Scholes in Brooklyn in 2011. The book—originally published in a limited edition of 20—took as its conceptual core the characterization of artist Brad Troemel as a genius and a mastermind analyzed through the lens of conspiracy theory and amateur internet sleuthing. According to artist and writer Artie Vierkant, who wrote the introduction to this edition, ABT is not “about Brad Troemel, nor any of the myriad names or identities that are mentioned in its pages. ABT is about the construction of identity in a mediated ... 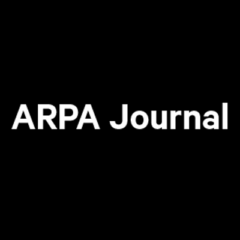 ARPA Journal
Janette Kim, Isabelle Kirkham-Lewitt, Ellen Tarlin, et al.MTWTF
Format
Subjects
Keywords
Research is everywhere. Architects incite action, design materials and archive cities. They capitalize upon the excess energy of practice to launch unsolicited experiments into the world, or sidestep clients by joining forces with government think tanks. Discussions from classrooms have found currency at town halls, and findings from construction sites have migrated into basement laboratories. Yet for all of its vitality, research eludes definition. The term describes everything and nothing, leaving its assumptions–the drive towards innovation, certainty, and influence, for example–unexamined. ARPA Journal is a forum for debates on what is applied research in architecture. We scrutinize techniques of inquiry to ...

ARPA Journal 02: The Search Engine ARPA Journal
Troy Conrad Therrien, MTWTF, Jeffrey Schnapp, et al.David Joselit, Benedict Clouette, Lydia Kallipoliti, Nicole Lambrou, Leigha Dennis, Garrett Ricciardi, Julian Rose, Formlessfinder, [5 More...]
PublisherArpa Journal2014
Format
Subjects
Keywords
The idea of being online is in danger of extinction from redundancy. The Internet has become the principal site of construction, defense, storage and dissemination of new knowledge and social identity alike. Facebook’s population will soon eclipse that of China, and its holdouts nonetheless have well-formed electric selves in the servers of the NSA. As our physical world is increasingly tapped, scanned, streamed, imaged and mapped in realtime, the province of offline is a shrinking territory. In each wave of digitization—the archival, the social, the physical—the evidence of its arrival and its path to maturity are the same: search. For David Joselit, ...

Artists Re:Thinking the Blockchain
Ruth Catlow, Marc Garrett, Nathan Jones, et al.Sam Skinner, Mark Simmonds, Jaya Klara Brekke, Theodoros Chiotis, Ami Clarke, Simon Denny, Design Informatics Research Centre, Max Dovey, [31 More...]
PublishersTorque EditionsFurtherfield2017
Format
Subjects
Keywords
The blockchain is Janus-faced. On one side its traits of transparency and decentralization promise much in terms of fairness and accountability, but on the other its monetary roots born as a financial payment system, albeit grounded in open-source software, mean its implementations are often stridently capitalistic. Furthermore, those involved in its development seem to oscillate between radical ethical standpoints and reductionist technological determinism. The blockchain engenders what has been called a ‘digital metalism’1 with the ability, like a modern philosopher’s stone, to transmutate life through a distributed ledger. That such a pecuniary minded technology is being touted as a new ...

Beams of Cathodic Rays Shooting inhabitants: Season 1
inhabitants, Laura Barlow, e-flux
Publisherinhabitants2013
Formats
Subjects
Keywords
It is the summer of 2013. Inside an empty news studio, a teleprompter rolls messages on its screen narrating the events that led to the closing of the Greek public television network (ERT) as a consequence of the European crisis and its austerity-ridden economy. It reads: “ERT may have been the last television channel to ever broadcast, the first and last television signal to be interrupted.” With the shutdown, 2,700 ERT employees were sacked. ERT’s ending was broadcast live, and its last report was an image of the people that had gathered outside the station, protesting against its closure. At the ...
1 2 3 … 10 Next