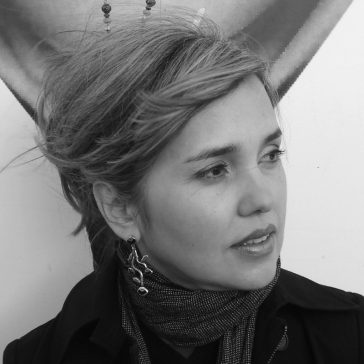 Architecture and Eugenics: Modernist Design as an Orthopedic Apparatus The Funambulist Podcast

Architecture and Eugenics: Modernist Design as an Orthopedic Apparatus (The Funambulist Podcast)

This conversation with Fabiola López-Durán is primarily structured around her work exploring Le Corbusier’s eugenic ideology from 1925 Paris to 1941 Vichy. At a moment when many events and debates are organized around his paradigmatic work, the main critiques seem to focus on his personal political engagement and ideology without fully engaging with the work and its consequences. What Fabiola proposes in her work is to take his claims for the orthopedic power of architecture seriously, and look at the vision of society it is therefore promoting. Although Le Corbusier’s example might be canonical, her argument is that the entire modernist movement (in particular in Latin America) embraced eugenics, and we spend the last part of this conversation, discussing about Lucio Costa and Brasilia in particular.

Fabiola López-Durán is a history of modern art and architecture professor at Rice University. Originally trained as an architect, López-Durán earned her Ph.D in the History, Theory, and Criticism of Architecture and Art from the Massachusetts Institute of Technology (MIT). Prior to joining the Rice University faculty, she was the 2009-2011 Mellon Postdoctoral Fellow in the Humanities at the University of California-Berkeley. Adopting a transnational and interdisciplinary perspective, López-Durán’s work analyzes the cross-pollination of ideas and mediums—science, politics and aesthetics—that informed the process of modernization on both sides of the Atlantic, with an emphasis on Latin America. Her forthcoming book, Eugenics in the Garden: Architecture, Medicine and Landscape from France to Latin America in the Early Twentieth Century, investigates a particular strain of eugenics that, at the turn of the twentieth century, moved from the realms of medicine and law to design, architecture, and urban planning—becoming a critical instrument in the crafting of modernity in the new Latin American nation states. Her work has been recognized with numerous awards including the Dedalus Foundation Award, the MIT Schlossman Research Award, the Harvard University’s Center for European Studies Grant, and prestigious fellowships from the Woodrow Wilson National Foundation, the Camargo Foundation, the Samuel H. Kress Foundation, and the Fulbright. Her work has been published in Europe, Asia, South America and the United States.