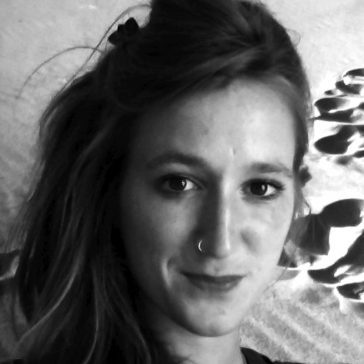 Lucie Bacon and I had this conversation only a few days after she finished her second field trip in Bosnia-and-Herzegovina where her research took her to study the European Union politics of “externalization,” i.e. the ‘subcontracting’ of its (anti-)migration policies outside of the Shenghen Space. Lucie has visited some asylum centers, where numerous migrants wait to be granted their legal status, and detention centers, where migrant bodies are imprisoned prior to their expulsion. She collected numerous testimonies from migrants themselves, but also organizers, activists, administrative officials, etc. and tell us about them in this discussion. We also talk about her cartographic practice, which tries to represent the complexity of migratory paths and experiences, in opposition to the traditional journalistic ways of mapping such trajectories.

Lucie Bacon is a PhD candidate in geography. As a research fellow since October 2014, she is mainly linked to Migrinter (University of Poitiers), a research laboratory specialized in international migrations studies. As part of an international co-direction, with Nelly Robin (Migrinter), Pierre Sintès (Telemme, Aix-Marseille University) and Selma Porobić (Center for Refugees and IDPs Studies, Sarajevo), she is currently preparing a doctoral thesis on migratory paths and experiences of migrants from Africa, Middle and Far East in Balkans, and more specifically in Bosnia-and-Herzegovina. As a geographer, her work includes an important critical thinking about the migratory phenomenon mapping, which usually occurs the diversity of migrants’ practices, experiences and subjectivities. Following the example of radical geography cartographers, she works and campaigns for a cartographic representation showing the migratory paths complexity. Her aim is to distance herself from the institutional and mediatized cartography, at the root of a too featureless perception of the traveled space, giving static and ordered analysis of the migratory phenomenon.