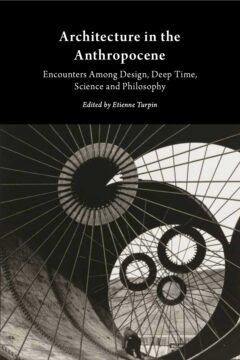 Architecture in the Anthropocene: Encounters Among Design, Deep Time, Science and Philosophy Open Humanities Press
Etienne Turpin, Etienne Turpin, Nabil Ahmed, et al.Meghan Archer, Adam Bobbette, Emily Cheng, Heather Davis, Sara Dean, Seth Denizen, Mark Dorrian, Elizabeth Grosz, [17 More...]
PublisherOpen Humanities Press2013
Formats
Subjects
Keywords
Research regarding the significance and consequence of anthropogenic transformations of the earth’s land, oceans, biosphere and climate have demonstrated that, from a wide variety of perspectives, it is very likely that humans have initiated a new geological epoch, their own. First labeled the Anthropocene by the chemist Paul Crutzen, the consideration of the merits of the Anthropocene thesis by the International Commission on Stratigraphy and the International Union of Geological Sciences has also garnered the attention of philosophers, historians, and legal scholars, as well as an increasing number of researchers from a range of scientific backgrounds. Architecture in the Anthropocene: ...