== is a work by New York based artist Matt Keegan and features newly commissioned essays, interviews between artists and editioned works. It consists of a book and five multiples by internationally known artists such as Liz Deschenes, Nikolas Gambaroff, James Richards, Kay Rosen and Erika Vogt.

The ten critical texts regarding the five artists are from:

The publication includes interviews by:

Although it looks like it, == is not the catalogue of an exhibition. It is exactly the opposite, it is an independent project, conceived ahead of an exhibition. In fact, Matt Keegan has devised an exhibition from the publication, rather than the traditional reverse. Even more, an illimited number of venues may be produced. Emphasizing the wall as a page, each one provides a temporary container for ==’s various parts, allowing Matt Keegan to act as the protagonist for the fictive curatorial project. The first proposal for the exhibition is held from May 12 to June 30,2012 at mfc-michèle didier gallery.

The enigmatic title of this publication refers to html programming and the double equal sign is used to create equivalent fields. Open to various pronunciations, this symbol points to the plurality of this edition and its future life as a computer file. 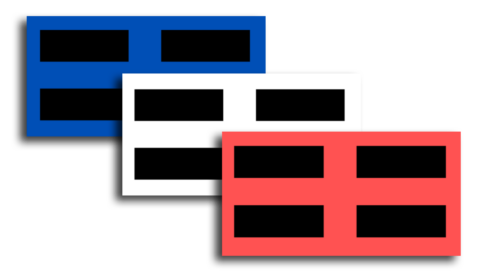