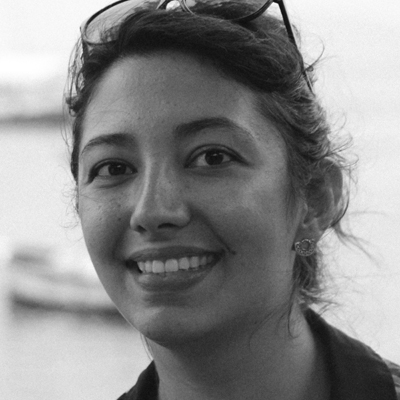 The Architecture of Gender in South America The Funambulist Podcast

The Architecture of Gender in South America (The Funambulist Podcast)

This conversation with Liliana De Simone has for ambition to address the way architecture necessarily considers an idealized normalized body in order to conceive itself. Such a consideration almost always follows the dominant essentialization of bodies and this discussion addresses one in particular, gender. We first describe the canonical standardized bodies (often male) as defined by Le Corbusier, Neufert, and Dreyfuss. Then, we address more specifically the situation in South America (Colombia and Chile) and Liliana’s interest for urban policy making in this matter. We finish the conversation with the gender violence that resilience to catastrophes reasserts, in particular in the case of the recent fire that burnt to the ground an entire slum of Valparaiso (Chile).

R. Liliana De Simone (1985), Architect (2009) and Master in Urban Development at the Urban and Territorial Studies Institute (2011), at the UC Chile. She is an Associate Professor at the Architecture, Design and Urban Studies Faculty and at the Communications Faculty at the UC Chile, and also teaches at the Architecture, Design and Art Faculty at the UDP University. She teaches and researches issues regarding the relationships between body, space and consumption in the neoliberal city, with a specific focus on urban spaces and their uses and meanings given by Latin-American societies to public and pseudo-public realms. Her recent work on the evolution of the city of consumption and its implication on urban culture will be publish later this year in the book “Metamall: consumption and urban culture in Chilean neoliberal society” (2014, RIL Editores). Other topics of interest are the critical analysis of architectural discourses on the production of consumption spaces, and the physical production of neoliberalism through the city. In this area, she recently analyses the implications of gender in the production of space and the notions of public, private, accessible and consumable in neoliberal cities. She has been working on the cultural translations and production of gender-conscious urban planning strategies and public policies in vulnerable urban areas in Chilean cities. She is the founder and coordinator of “Ciudad & Género | City & Gender” a collective platform of research and action. C&G collects, investigates, formulates and implements policies and gender-conscious urban planning in urban context of Latin America, in order to improve the relationship between the built environment and the different gender identities that inhabit our city.