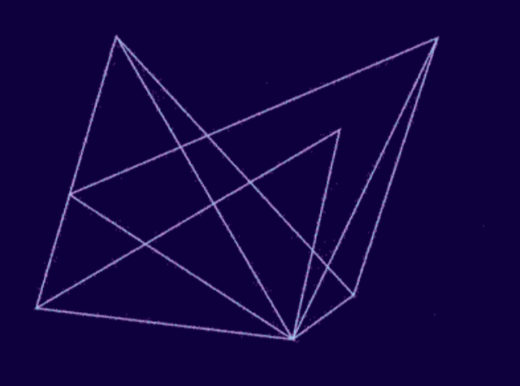 Ten years later, in an interview with PC Magazine, Brian Eno picked up the thread of an ambient composition. To his interviewers’ dismay, he claimed that the only useful quality of computers is their potential as semi-automated compositional systems. He confronted the interviewer, stating that “the only interesting thing about computers is screensaver software”. Software used to move large chunks of data around (such as video editing, page layout or even word processing) were all wrong — the transformative power of software was its ability to create real-time models that automatically generate endless variations.

The result of collapsing two simultaneous views of an object at one time.