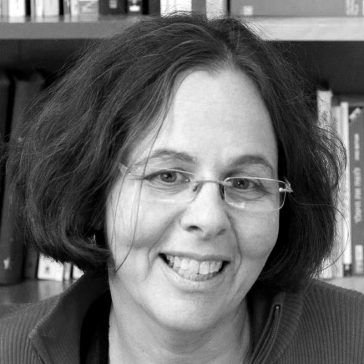 Translating Arabic into Hebrew in an Apartheid Country The Funambulist Podcast

Translating Arabic into Hebrew in an Apartheid Country (The Funambulist Podcast)

In this conversation, Yael Lerer introduces us to her work as founder of Andalus Publishing, which used to translate Arabic literature and poetry (Palestinian Mahmoud Darwish, Lebanese Elias Khoury, Moroccan Muhammad Choukri, etc.) into Hebrew. The balancing act of this venture consists in gaining the trust from the authors — a polemic was thus created in Egypt when Yael approached some writers there — and preventing at all costs the normalization of what Yael calls herself the state of apartheid enforced upon Israel/Palestine by the Israeli government. We also discuss about Yael’s role in the foundation of the Balad, a Palestinian political party seeking representation at the Knesset, the Israeli parliament. We finish the conversation using the reference of a film/conversation between Palestinian and Israeli intellectuals (such as Omar Barghouti, Sandi Hilal, Rozeen Bisharat, Arielle Azoulay, Ilan Pappe, and Yael herself) orchestrated by Eyal Sivan about the notion of a “Common State” that gives the name to the film.

Yael Lerer is the founder of Andalus Publishing, an independent publishing house dedicated to the translation of Arabic literature into Hebrew. Born in Tel Aviv, she is a co-founder of Tajamu’-Balad party and the former spokesperson of Palestinian philosopher and former Member of Parliament Dr. Azmi Bishara, and is a long-time activist in movements for justice, equality, and political/social/cultural change in Israel/Palestine. She has moved to Paris where she works as independent researcher and writer. Andalus has translated to Hebrew works by Mahmoud Darwish, Elias Khoury, Hoda Barakat, Hanan al-Shaykh, Tayeb Salih, Mohamed Choukri, Mohammed Berrada, Jabra Ibrahim Jabra, Serene Husseini Shahid, and Taha Muhammad Ali.