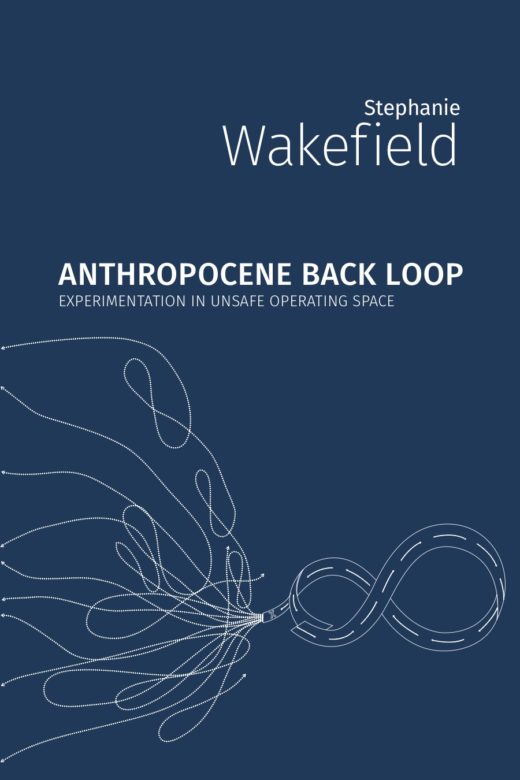 In the face of climate chaos, post-truth politics, and growing tribalisms, it’s clear that liberalism’s old structures are unraveling. Drawing on resilience ecology, Stephanie Wakefield suggests we understand such phenomena to be indicators that we are entering the Anthropocene’s back loop, a time of release and collapse, confusion and reorientation, in which not only populations and climates are being upended but also physical and metaphysical grounds. Anthropocene Back Loop takes us on a journey though different responses and manifestations of the back loop, exploring urban resilience infrastructures, post-apocalyptic imaginaries in fiction and critical theory, and a range of everyday practices from survival skills and physical fitness to experimentation with one’s soul. Rather than returning to liberalism’s safe operating space, what is needed and what can be seen in many contemporary practices, Wakefield argues, are forms of experimentation geared toward charting autonomous modes of living within the back loop’s new unsafe operating spaces. Such efforts often let go of old frameworks, hubristically experiment with new uses, cultivate an allowance for the unknown, and embrace a confidence in exploring one’s own pathways. What these iterations suggest is that the back loop, long imagined in the singular, is spiraling out into myriad trajectories. After all, if we take seriously the idea that liberalism’s single world order is unraveling, we have the opportunity – one many have long fought for – to create our own new codes, if not new worlds. Being in the back loop means that we have already crossed various tipping points, and that in doing so, everything from social practices, technologies, and truth to plants, animals, and places have become shaken out of their normal frameworks. We are free to move on new planes.