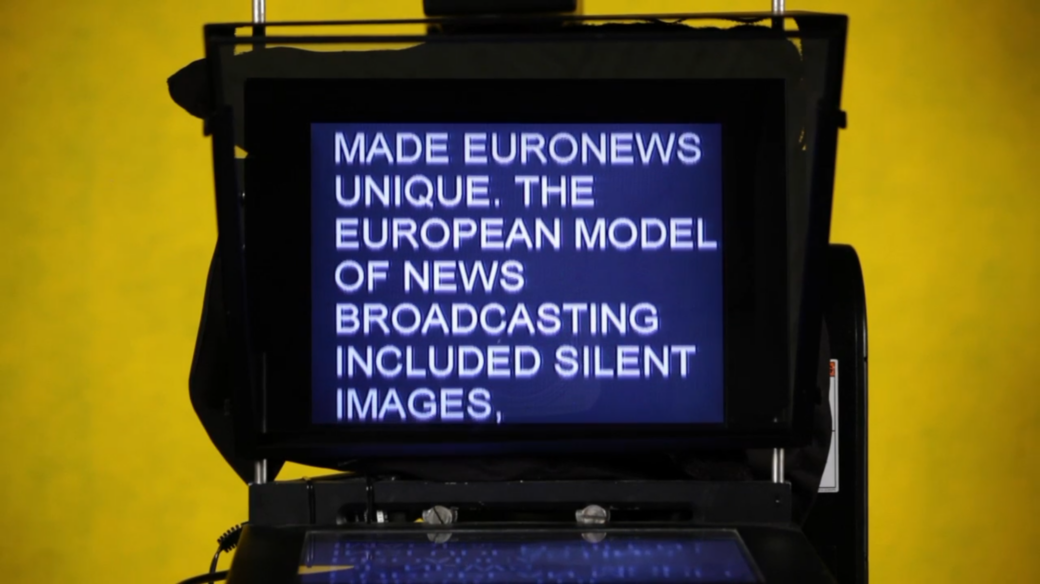 It is the summer of 2013. Inside an empty news studio, a teleprompter rolls messages on its screen narrating the events that led to the closing of the Greek public television network (ERT) as a consequence of the European crisis and its austerity-ridden economy. It reads: “ERT may have been the last television channel to ever broadcast, the first and last television signal to be interrupted.” With the shutdown, 2,700 ERT employees were sacked. ERT’s ending was broadcast live, and its last report was an image of the people that had gathered outside the station, protesting against its closure.

At the center of the Troika and the New Democracy government’s decision for the shutdown was “No Comment,” Euronews’ idiosyncratic news section presenting footage devoid of commentary. A European Union joint media project, Euronews was created in 1993 and is funded by EU public broadcasters as well as private shareholders. Allegedly, Greece was unable to pay its dues, pushing its government to shut it down.

With Syriza in power, ERT has since reopened. However, the crisis persists and is perhaps more entrenched than ever across the EU’s media channels. And so is the difficult political responsibility of representing the complexity of the crisis, the propaganda war, the veiled interests that hide behind it.

This video was originally produced for an art exhibition environments at e-flux, New York, in 2013. It quickly became the starting point for inhabitants.