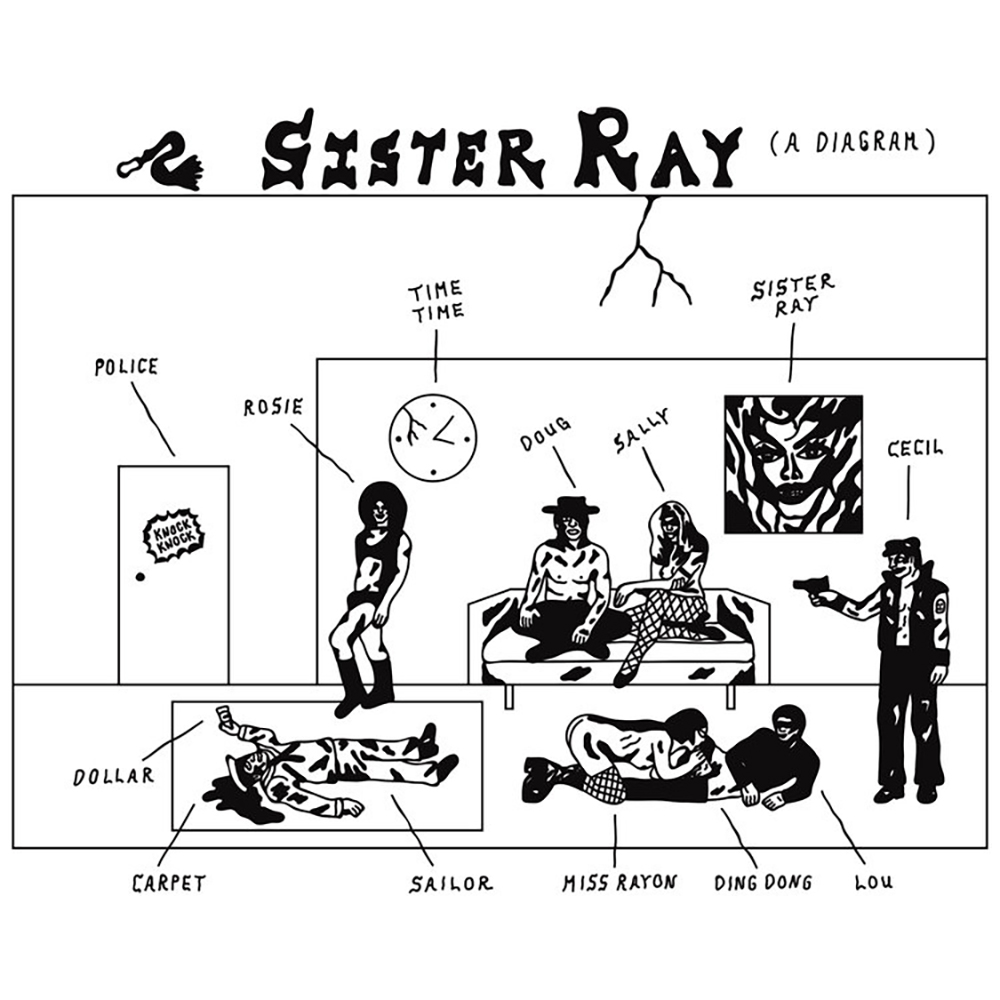 Even More Ray Than Steve Irwin Done Got

Hang on wait is this 7 hours of Sister Ray!? This is even more Ray than Steve Irwin done got.

Who knows where this is from? It may even be elsewhere on this mix. Who can say? Bootlegs throw up funny things like this. They are also of, ahem, variable audio quality.

The song’s about a year old now, having been trotted out in the summer of ’66 according to a setlist, but they say this is the earliest recording. The Gymnasium, incidentally, was a real gymnasium that Andy thought was cool. The bootleg of this whole(?) show is really great. The Velvets are starting to form their Andy-less identity as a hard rock’n’rolling dance band.

Famously, they did one take, with everything turned to 11. Masses of leakage. But no bass.

There was a random compilation in the early 70s I think it was, with an ugly four-headed swan cover (and Lou billed separately) and the songs remixed (or at least remastered). “Sister Ray” and “Lady Godiva’s Operation” are strikingly different.

Actually, Moe says they did maybe two takes. And she was pissed that Tom Wilson forgot to turn on some of the mics, so there’s no rimshot after Lou says “Who’s that knocking at my chamber door?”.

There’s a mono version too, but I think this’ll do.

The Velvets really liked to play the BTP. This is their third weekend there of 1967, and it would be their home away from home during a three-year more-or-less boycott of New York. They built an enthusiastic local following, including one J.Richman, who talked his way into opening for them a couple of times.

This is the only time Andy went up there, with Paul Morrissey, and did the whole EPI thing. They shot a film at these shows, whence this audio, so it’s rated A for Andy.

“Sister Ray” now has a part 1, apparently played quite a few times, as a lengthy, blissful workout before launching into the main bit. But there’s only this one recording; and there’s no recording of the slightly later part 3, “Sweet Rock’n’Roll”, which got trotted out on a couple of occasions, by repute, heavier even than part 2. Actually, there was a recording in San Diego, but the tape got stolen right after the gig. The Velvets really did play a lot of shows, it’s usually overlooked, and were a cooking band always ready to work up and rework their songs on stage, which is one reason the bootlegs are so important. And they liked to play for a long time.

Also, it may be worth mentioning at this point that one of the reasons they sound so awesome is that for quite a stretch of the earlier days, after the Ostrich guitar got nicked, Lou was playing a 12-string Gretsch Country Gentleman with added preamp, speed, stereo and tremolo controls (and Fender pickups, and maybe an echo unit as well – Lou ended by fucking it up adding too much junk, and the guy who originally built for him wouldn’ speak to him for a year; also, the band early managed to score endorsement deals on amps from Vox, then later Sunn; and Sterling and John would play with whatever effecgts pedals they could lay thier hands on.) Anyway, they say that at this point Lou could play 16 notes at once, and if that’s not awesome I don’t know what is.

Sad to say, there’s also very few recordings of John Cale playing on this song live (“Sweet Sister Ray” is the last one). This is not actually the first, tho it’d be cool if it were. The Poor Richard’s stint marks the first time a song called “Searching” appears on an extant setlist. Sterl says it was still an instrumental jam at this point. Ingrid Superstar said it sounded like 12 million guitars and hurt her eardrums. Lou wasn’t even there. It might be, in fact, that the song was mostly cooked up without him; apparently it only started to come together at this residency.

After a busy first half of the year, Nico goes to Ibiza for the summer, Lou goes to hospital with hepatitis (not for the last time), and John, Sterl, Moe, and the whole EPI crowd set up shop in Chicago (also appearing at the Playboy Club). Actually, Andy didn’t want to go either, so Ingrid played him in a strawberry-blonde wig. They seem to have no problem without Lou, and re-recruit percussionist-poet Angus MacLise, the original drummer. Moe plays bass. In fact, they go over so well the stay is extended by a week.

This is totally not MacLise drumming. I can’t remember where this snippet came from, nor the justification for its attribution. It too is probably nestled elsewhere in this mix.

John’s kicked out in September. Doug Yule is recruited rather randomly and within two days is on the road. The Velvets also play La Cave quite frequently and, as in Boston, could draw a good crowd enthusiastically familiar with the songs. Whatever the impact of the Cale/Yule swap, these two venues as much as anything else contribute to the Velvets’ transformation from art noise to the “dance band from Long Island” as Lou would occasionally describe them.. Yule comports himself remarkably well.

There’s a few other gigs in between these, but none seem to have been bootlegged. Sister Ray is well-established as the set-closing rave-up by now, and Yule has settled right in. Best of all, Lou starts around now throwing in lyrics from “The Murder Mystery”, which he’ll do again from time to time. They never attempt the whole song live. Sterl said it was too hard.

A rare rundown of the characters from Lou (which you can’t really hear). They are playing this right after “Jesus”.

That was Thursday and this is Saturday, and some enterprising fan puts a tape recorder right inside Lou’s amp. This whole boot is one of my favourite recordings ever. Interestingly, it’s not even all that helpful in determining which guitar is which on other recordings. That’s really one of the many great things about the band, that the guitars weave together so beautifully that one ceases to care quite quickly who is playing what.Tho it’s nice to know here.

Despite the fact that even for those who wanted it, the recent LP (third) is really hard to get a hold of all over, a couple of thousand people turned up to this gig, to everyone’s surprise. Perhaps this got Lou feeling playful, since “Foggy Notion” makes a neat cameo. Robert Quine taped it, as he would several other shows this year, before going on to shred guitar for Richard Hell and for Lou himself.

The Velvets played six nights on the trot here, apparently cos the rich kid owner was a fan. Two of the shows were recorded, rumour has it by an actual audio engineer, and this is where much of Live 1969 comes from. Sterl incidentally was a bit sniffy about that album cos he said the club was small – they would take this into account (to an extent) in arrangements and volume – but were at their best when they really felt free to let rip (obvs). Nonetheless, this is a particularly good rendition.

Although the Velvets famously didn’t get on with California (Bill Graham and Frank Zappa in particular) on their 1966 visit, they seemed happy enough to go back quite often. They had also played the Matrix the weekend between these two shows. It was another small club – capacity 100, but with a four-track hooked up to the soundboard. It was pressed into action for four sets over two nights of this stay (Quine also recorded some of the shows on his portable Sony; the Family Dog one previous is his too). Some of the Matrix soundboard cuts from the 19th got official releases (from hasty two-track mixdowns), but the whole set of tapes finally surfaced not long ago and it’s absolutely stellar.

This is actually a bit of a damp squib on which to end, but it seems to be the last recorded version – less than two weeks later she’s vanished from all four setlists at the Quiet Knight in Chicago and (thankfully) doesn’t appear on the Max’s tapes from the summer.

The Velvets are well-liked in Philly too, playing several times in this small club for which 200 was a definite squeeze. Here they’re ending a ten-night stand that began on Christmas Day. But they are already showing signs of chilling out from their great ’68-’69 run: another period of transition (i.e. The End).

Moe’s on pregnancy leave by April, and doesn’t appear on Loaded at all, nor at the Max’s summer residency. “Sister Ray” is well out of the set by the latter, tho for my money, without Moe it’s no longer really the Velvet Underground at all. And the less said about the post-Lou band the better. There’s a couple of live renditions from that era (now only Moe remains) but I am unlikely ever to listen to them.

My obsession with the Velvets has been enabled by many things, first and foremost The Velvet Underground Handbook by M.C. Kostek (Hyperion, 1992), a bible for years until superceded by the remarkable http://olivier.landemaine.free.fr/vu/; and most recently White Light/White Heat: The Velvet Underground day-by-dayby Richie Unterberger (Jawbone, 2009) which I feel like an idiot for taking so long to getting around to read, for it really is the last word. Amazing, and not really for the casual fan. 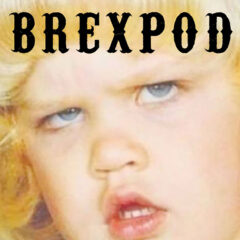 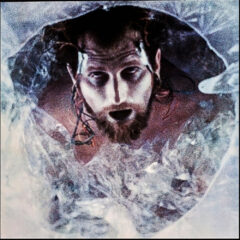 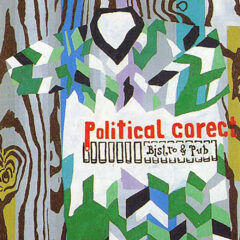 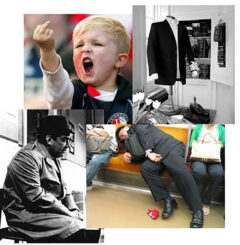