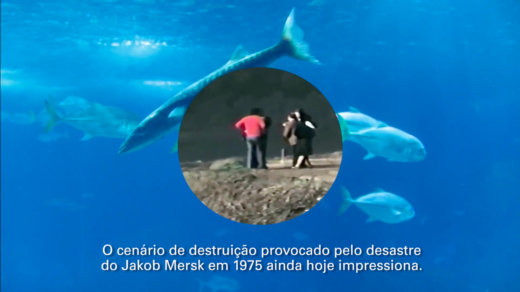 Seven reasons against oil and gas extraction in Portugal (Portuguese)

For An Oil Free Future is a mini-series of protest videos against fossil fuel prospection and extraction (oil and natural gas) off the Portuguese coast (offshore) and in land (onshore) through fracking.

Synopsis: In a dystopian future in which oil extraction has become a catastrophic reality in Portugal, a citizen-journalist looks back and questions how it was possible to go ahead with such plans.

Over the last few years, and particularly in 2015 under the former PSD/CDS-PP right-wing government, several contracts were signed between the Portuguese State and major oil companies (Galp, Partex, Repsol, Eni, Australis, Cosmos and the controversial Portfuel). The matter is of major national interest, given its environmental impact, rupture with Portugal’s international climate agreements, and the redefinition of the country’s energy plan. Furthermore, these contracts were signed without any public consultation. In the meantime, the Socialist Party came to power in late 2015, but has avoided making a clear declaration about the situation, and, from the little we know, appears to agree with the plans.

Many activist movements are organizing protests, first in the southern regions of Algarve and Alentejo and then all over the country (with particular expression in Peniche, an area which will also be affected): PALP, MALP, ASMAA, Movimento Futuro Limpo, Climáximo, S.O.S. Salvem o Surf, Não ao Fracking Aljezur, Tavira em Transição, Porto pelo Ambiente and Peniche Livre de Petróleo, among others.

Inhabitants joins this protest by publishing a set of informative videos, playful yet activist, that will hopefully contribute to the canceling of such contracts and, moreover, the complete Portuguese disinvestment in fossil fuels.

UPDATES:
(December 2016): The portuguese government has publicly affirmed this month that the contracts for the prospection and extraction of gas via fracking in the interior of Algarve have been cancelled. Government will also begin the process of cancelling the contracts with Repsol and Partex for drilling for offshore oil in Algarve. However, the government justified its decision because administrative reasons, not for political reasons.
(January 2017): Incongruent with its own decision, plans for oil and gas extraction across the rest of Portugal are still going ahead. More urgently, the first drill, by ENI and GALP, is expect to go ahead between April-May of 2017 off the coast of Aljezur in Alentejo.
There is still much to do in order to cancel all contracts in Portugal!