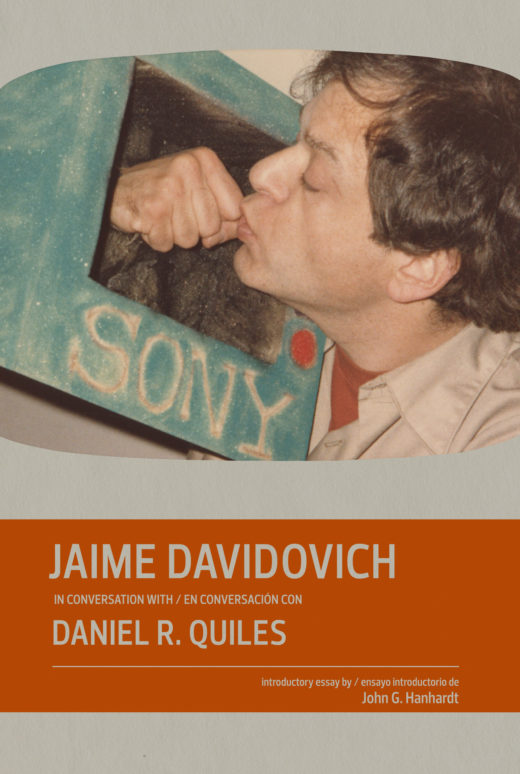 Jaime Davidovich (1936–2016) was an Argentine-American video/television-art pioneer and conceptual artist who was at the very forefront of many innovations that we now, through the lens of history, recognize as well-established forms in art and mass media. As a fixture of the SoHo-based experimental art scene of the 1970s and 1980s, Davidovich worked in a broad variety of media throughout his long career, including video, painting, and installation, while also establishing himself as an activist and public-access television producer. His weekly variety program, The Live! Show (1979–1984) featured performances, appearances, and interviews with artists such as Laurie Anderson, Eric Bogosian, Tony Oursler, and Michael Smith, among many others, while other video works included appearances by his friend, the artist Stuart Sherman. Never one to eschew conventions found in the mainstream, Davidovich instead embraced a postmodernist’s eclecticism, an intuitive methodology, and a dynamic and humorous aesthetic. Indeed, his TV alter ego, Dr. Videovich presaged Stephen Colbert’s onscreen fictional and satirical news anchor by over two decades.

In this lively conversation with scholar Daniel R. Quiles—the tenth installment of the Conversaciones series—Davidovich recounts his early years in postwar Argentina, the coup d’état in 1963 that led to his relocation to New York City, and his long, fascinating, and highly influential career as a visual artist.