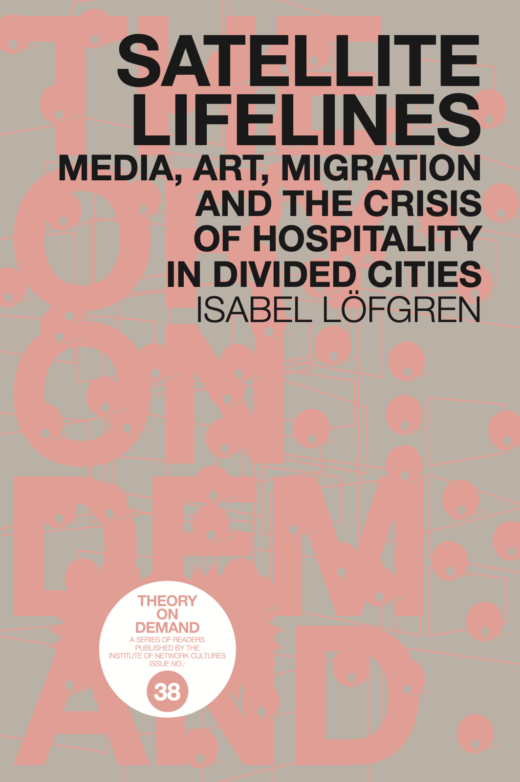 Satellite Lifelines: Media, Art, Migration and the Crisis of Hospitality in Divided Cities Theory on Demand

Satellite Lifelines: Media, Art, Migration and the Crisis of Hospitality in Divided Cities

This book is an adapted version of my PhD dissertation titled ‘Hospitality and Its Other: Migration, Media and the Divided City’ defended in the summer of 2015 at the Division of Media and Communication (now renamed Division of Philosophy, Art and critical Thought (PACT)) of the European Graduate School (EGS), in Saas-Fee, Switzerland. The thesis is renamed to better reflect the notion of satellites in two ways. First, the notion of divided city in the original title can be implicated in the term satellite city which I explore in a variety of ways in this book, and to refer to the title of the artistic project Satellitstaden, which included interventions on satellite dishes on building façades of a Swedish suburb and is the central axis of this intellectual journey. Secondly, the term satellite subjects coined in the thesis refers to the type of subjectivities that develop in multiethnic peripheral urban formations and embrace multiple ways of being and becoming that orbit around each other.

As with any book, this work reflects who I was, what I was reading, what I was doing, and what was happening in the world when I was writing between 2008 to 2015, the duration of my doctoral studies. This inquiry begins with the year of the global financial crisis and the expansion of social media, spans the years of new forms of protest and significant social movements such as Occupy, the Arab Spring, and the Journeys of June in Brazil, the rise of neo-fascist politics globally, the beginning of the devastating war in Syria, and the resulting flows of migration from these and other world conflicts towards Europe.