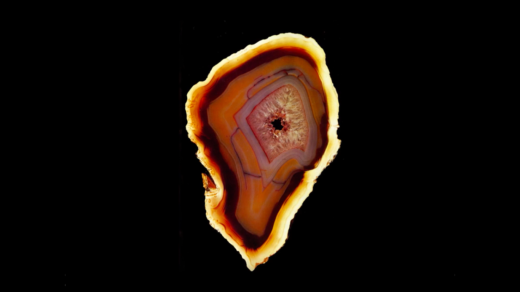 Mining for Ringwoodite Inhabitants (Season One)

Discovery of ringwoodite in earth's mantle

Mining for Ringwoodite compares the 2014 geological discovery of “fossilized” water – termed Ringwoodite – found in the interior of a diamond in Brazil, with the prospects of mining on the moon or asteroids as announced by private companies in recent years. Ringwoodite, which holds water in the form of hydrogen and oxygen bound together, can only be found in the earth’s transition zone, between 410 and 660 kilometers below the earth’s surface. Until now, it had only been artificially created in laboratory or found in asteroid rocks. In the meantime, seismic wave analysis has suggested the presence of a vast repository of ringwoodite beneath the USA, and further studies are in process in other geographies.

Given that water scarcity will only worsen throughout the twenty-first century, this episode speculates on a near future in which ringwoodite as well as rare minerals found in nearby asteroids will be the objects of a new mining economy. Perhaps in this future, both the earth’s interior and outer space will become new capitalist frontiers, similarly to the role played by gold and silver mining in the colonial past.

This episode was produced with the kind support of Berardo Museum Collection, Lisbon, in the context of a commission for the exhibition “Matter Fictions,” curated by Margarida Mendes, May 4 – August 30, 2016.