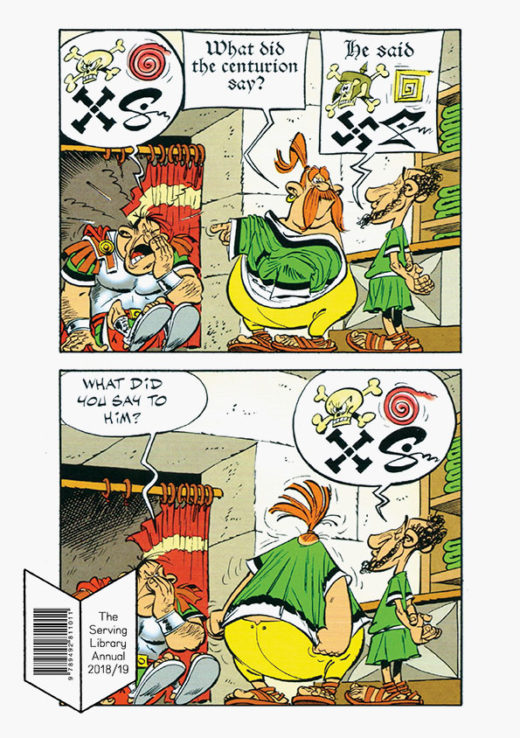 Twice a year since 2011, The Serving Library has assembled a set of individual ”bulletins” on a common theme, made PDFs available to download for free at www.servinglibrary.org, and simultaneously published them in print as Bulletins of The Serving Library. Last fall we started to turn on a yearly cycle instead, uploading the new batch of files throughout September, and releasing a half-as-frequent-and-twice-as-big print edition in collaboration with Amsterdam-based Roma Publications.

This year’s Annual is guest-edited by Italian novelist and translator Vincenzo Latronico and explores how *translation* is fast becoming a significant site for the negotiation of identities and power dynamics in an increasingly English-centered cultural scene. Departing from literature and the visual arts, the issue soon veers off into mathematics, music, architecture, and religion.