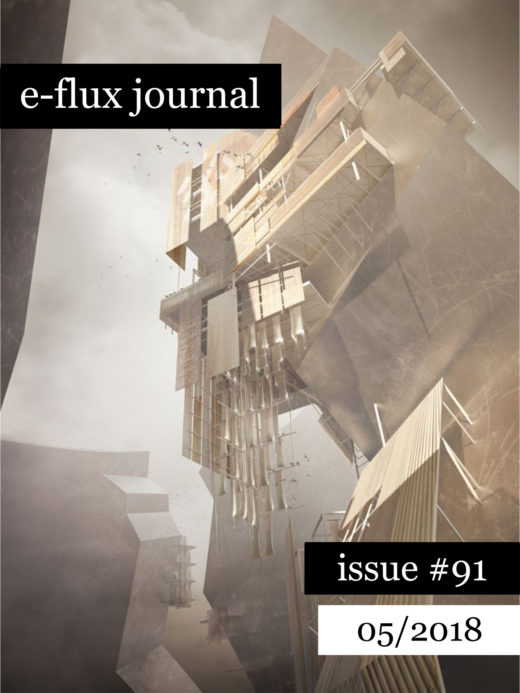 A riddle: One night, an arresting officer enters a holding cell full of people. He asks the group what they were doing congregating on the public thoroughfare that morning. Why bring their bodies out from home to stand together on the sidewalk, walk together on the street? The officer seeks connection. Somewhere in the cell’s radius a commercial window had been smashed. Somewhere in the cell’s radius was a changing of the guards. Thinking for a moment that they can see each other, one of the arrested persons asks in return, “Well, don’t you think another world is possible?” What happens when the arresting officer says yes?

The possibilities could split a body in two.

No matter the response, this body’s dimensions will always exceed those of the cell.

Now and for centuries, decades, another world has been conceived of by bodies in need of place. After Sun Ra, one possibility, one necessity: space is the place. The place, among other things, for refuge—as Eva Díaz traces in “We Are All Aliens,” an essay in this issue of e-flux journal charting space travel through visual art in the years since Ra touched back down (in Chicago or Birmingham) from Saturn. Among the more recent works on the contemporary art-on-space timeline, Díaz describes Halil Altindere’s installation Space Refugee (2017), invoking Muhammed Faris’s 1987 trip, as a stateless exile: the first Syrian to travel into space. The project, like others before it in the best veins of the sci-fi tradition, envisions “outer space as the ideal sanctuary for homeless and refugee populations…”