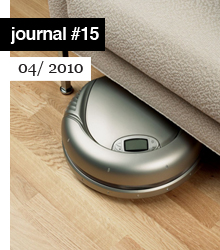 In a recent BBC documentary on “objectum sexuals”—people who have loving relationships with inanimate objects—Erika Naisho Eiffel spoke about her love affair with an archer’s bow: “We were just such a great team because we had that connection on every single level. I’d almost swear that my blood flowed from my arm and went right into him. And it felt like the molecules in him were flowing right back into my arm.”1 It’s no surprise that, before their love waned, Naisho Eiffel was a record-breaking world champion archer—a love story indeed. But more importantly, Naisho Eiffel’s example seems to suggest that we might have gotten our relationship to the material world the wrong way round. Rather than resist the desires that surround the commodity, replacing them with transcendental, immaterial ethical imperatives (which, as we have seen, only lay the groundwork for commodities themselves to dematerialize), what if some kind of ecstatic overidentification with the commodity as material holds the key to its unraveling? Independent of the knowing subject, what secrets lie buried in the object? Maybe we are objects, too…

Zombies of Immaterial Labor: The Modern Monster and the Death of Death
Lars Bang Larsen