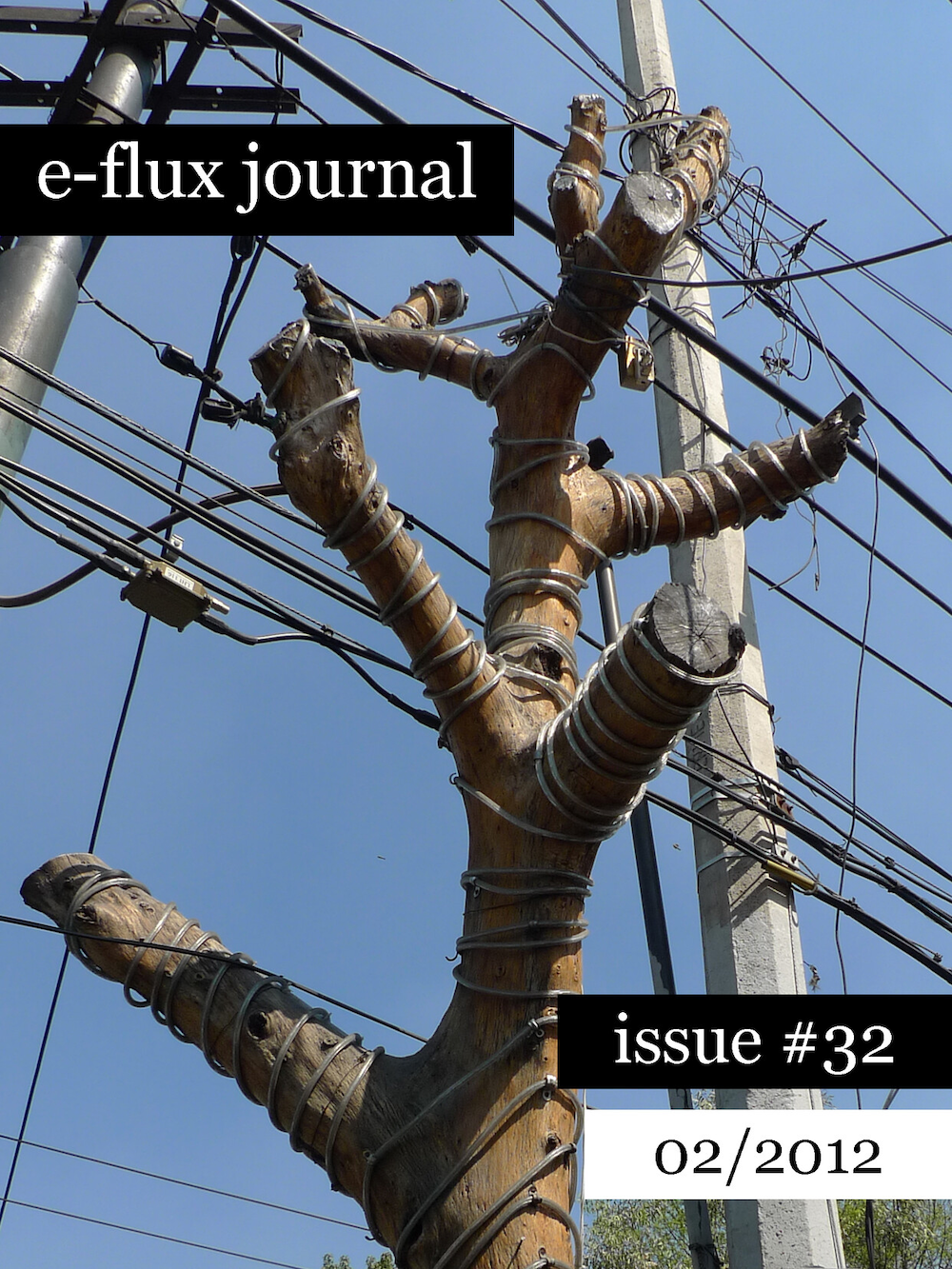 The films of Adam Curtis—a BBC journalist by vocation, but a filmmaker and information archeologist in practice—appear as conspiracy theories wrapped in historical facts wrapped in social desires. These films remind us that dominant historical narratives are not only subject to rewriting but also sites of intense confusion, ideology, and intrigue. By fusing together narrative and reportage, Curtis’s films enter an ecstatic and playful sphere where themes of power, coercion, technology, morality, and freedom assume a life of their own. This issue of e-flux journal features a rare in-depth interview with Curtis by Hans Ulrich Obrist, coinciding with the filmmaker’s first exhibition in his career, on view at e-flux in New York from February 11–April 14, 2012…

In Conversation with Adam Curtis, Part I
Hans Ulrich Obrist

The Spam of the Earth: Withdrawal from Representation
Hito Steyerl 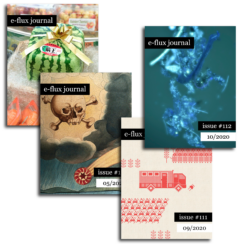 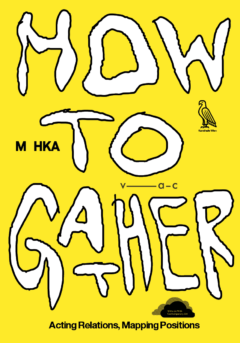 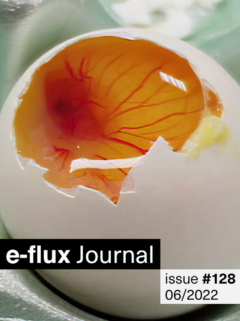 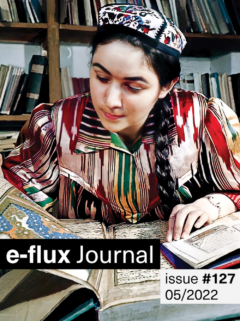 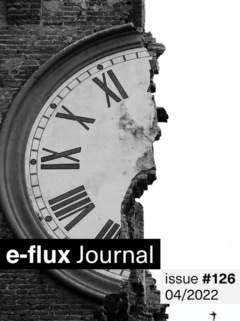