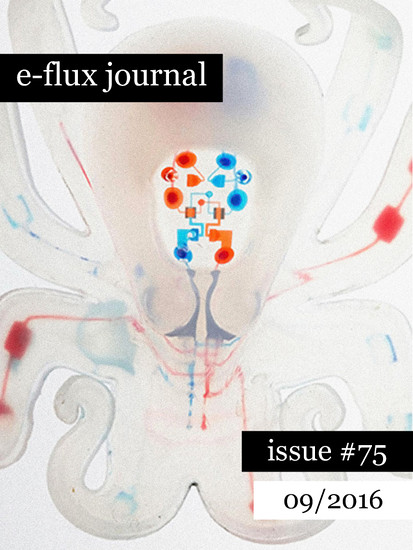 Businesspeople talk about art like artists talk about money: gratuitously, without compensation. Hired to talk about money, an entrepreneur will speak in terms of art. Put an artist on a panel and you will often get disquisitions on exchange, capital, and commerce. Both constituencies are compelled by what lies outside their professional responsibility, and the response to this compulsion vibrates between veneration and contempt. For every Übermensch crypto-expressionist billionaire patron, there is one who sneers at the foolish valuelessness of art history and its scribes. For every dedicated anticapitalist artist, there is one who happily understands themselves to be making money. This tension is inherent in professional life, which promises to transform our spontaneous, effortless attractions into a pleasant but endless labor of necessity. For the money-professional, art presents like money does for the art-professional: an opportunity to misrecognize diligence as transcendence. In “The Perfect Con,” Mari Bastashevski encounters the limits of this mutual misrecogntion during a residency on a container ship. What is the fate of (the critique of) institutional critique in the age of the containerization of art? What still holds water?

In a similar key but an opposite location, Ahmet Öğüt, in “Obscure Sorrows: Thoughts around the 9th Berlin Biennale,” writes about the danger of utilizing sarcasm as a tool for institutionalization. This is not because it escapes the desire for transcendence, but, on the contrary, because it keeps it alive as a perpetual source of what Öğüt calls “anticipointment.” Nihilism remains religious by sustaining the idea of something like God in order to perpetually rediscover its deficiencies. Those who fancy themselves escaping the indignities of belief by taking refuge in cynicism are the most mistaken. It is because the Big One does not exist that the cynic must constantly reinvent Him to give their position legibility and significance. The question of what is true and what isn’t, separate from what others may believe about old ideas, lies beyond the capacity of nihilism to ask in a meaningful way.

There is a similar incapacity at work in the rapidly blossoming religion of machines. One can’t walk down the street these days without bumping into someone’s fantasy of artificial intelligence. And some of these are really scary! It’s important to notice what is being wished away or covered over in these metacognitive larks. In “Abnormal Encephalization in the Age of Machine Learning,” Matteo Pasquinelli offers an intellectual anthropology of computational animism, linking the current crop of mind-theories to their metaphysical lineages and the long-standing desire to naturalize capital. Antonia Majaca, in “Little Daniel Before the Law: Algorithmic Extimacy and the Rise of the Paranoid Apparatus,” traces this reduction of the real to the rational by examining one very famous episode of psychosis and the psychiatry that would master and explain it. While the incomparable Donna Haraway proposes deposing the anthropos from the center of our cosmos not because the Anthropocene is morally wrong, but because it is inaccurate, especially when compared to her concept of the Chthulucene.

There has been a shift in the status of critique from an ethical or a teleological enterprise to a means of error-checking and machine optimization. And this at the expense of articulating any concrete political project that would move the machine in any particular direction. It is like having somebody constantly take the bicycle apart, when what you need is to get going. The danger lies in either bemoaning this as a fall from grace or simply celebrating its apparent failure in a practice of subversive affirmation. Geert Lovink and James T. Hong both show how the traditions of ideology critique and hermeneutics can help unlock the contemporary problems posed by the internet. Ariel Goldberg, in “Simplicity Craving,” refuses to rest content with the received understanding of queerness in poetry. Critical approaches in art run out of steam when they turn into tropes which lack propositions. How do you voice something when the words you were taught have lost their meaning?